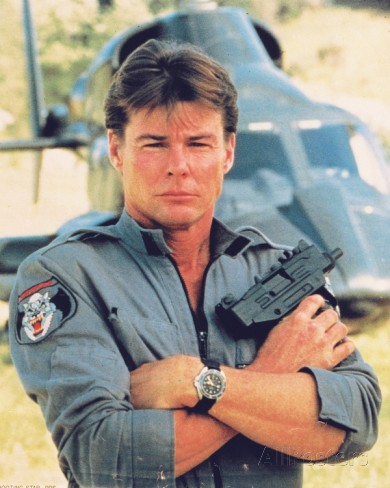 A sad and strange end to the life of Jan-Michael Vincent, who at one point was Hollywood’s “Golden Boy” before descending into a troubled life.

As TMZ is reporting:

Jan-Michael Vincent — the ’80s heartthrob best known for his role on TV’s “Airwolf” — has died … TMZ has learned.
Jan-Michael actually died back on February 10 after suffering cardiac arrest while a patient at a North Carolina hospital … according to the death certificate. We’re told no autopsy was performed and he was later cremated.

So, it’s being reported that he died almost a month ago…at the age of 74.

Here are words uttered by Vincent in the iconic surfing film “Big Wednesday.”

“I don’t wanna be a star. Have my picture in magazines, have a bunch of kids looking up to me. I’m a drunk, Bear, a screw up. I just surf cause its good to go out and ride with your friends. I don’t even have that anymore.”

Jan-Michael Vincent’s Hollywood story is a familiar one: a handsome young Actor gets discovered, makes several hit films in a row and becomes the next “Hollywood Golden Boy”…

Vincent’s breakout hit was alongside Charles Bronson, one of the 70’s biggest action stars…in the 1972 hit film “The Mechanic”. 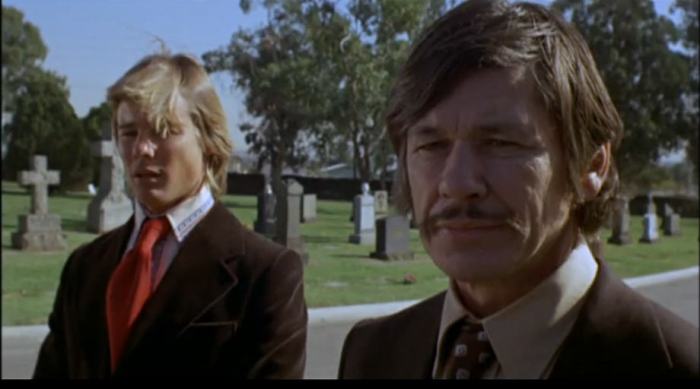 “You always have to be dead sure. Dead sure or dead!”

“The Mechanic” was a smash hit, and Vincent was in demand, quickly becoming one of Hollywood’s hottest young stars. He cemented his stardom with a slew of other hits, including this muscular action movie:

It’s a classic “B” action film, with Vincent a returning vet who stands up to corrupt forces in his hometown. He got the chance to fight bad guys while charming the ladies…

“I don’t wanna be a star. Have my picture in magazines, have a bunch of kids looking up to me. I’m a drunk, Bear, a screw up. I just surf cause its good to go out and ride with your friends. I don’t even have that anymore.”

The Actor’s words from that movie are sadly prescient.

Jan-Michael Vincent, Gary Busey and William Katt are three young California surfers in the 1960s. After a carefree life of beaches, girls, and waves, the Vietnam war arrives to shatter their idyllic lives.

The title “Big Wednesday,” is the mythical day for surfers when the greatest, cleanest, and most transcendent wave of all will come for them to conquer.

By the 80’s, Vincent switched to TV and starred in the hit TV series:

According to a great article on the actor in the UK’s Daily Mail newspaper, by the mid-80s, Vincent was earning $40,000 an episode as helicopter pilot Stringfellow Hawke in the top rated television series Airwolf.

Yet even while filming the TV show, Vincent had admitted to issues with drugs and alcohol and admits that he still struggles with alcoholism.

According to the newspaper, “when the show ended in 1986, acting roles dried up for Vincent as his demons got the better of him.

He also suffered his fair share of bad luck including two serious car accidents. In the first incident in 1996, Vincent broke three vertebrae in his neck and sustained a permanent injury to his vocal cords that left him with a permanently raspy voice.”

The newspaper pointed to a second crash that occurred in 2008, and then in 2012 he contracted a leg infection as a result of complications from peripheral artery disease.

‘An infection in my leg got steadily worse,’ he told The Enquirer. ‘I felt like I was beaten with a whip.’

Vincent’s third wife, Anna, admitted that doctors were left with no option but to amputate the lower half of his right leg.

Once an avid surfer, his other great wish was to get out on the waves once again – a sad end to what had been such a “golden” life.

Vincent’s story isn’t unusual: Hollywood is a tough town, and it has taken many great artists. It’s a very sad end indeed.