Home › 70's Music › 70’s Icon Eve Babitz Is Once Again Hollywood’s “IT” Girl! New Biography And All Of Her Books Are Out!

70’s Icon Eve Babitz Is Once Again Hollywood’s “IT” Girl! New Biography And All Of Her Books Are Out! 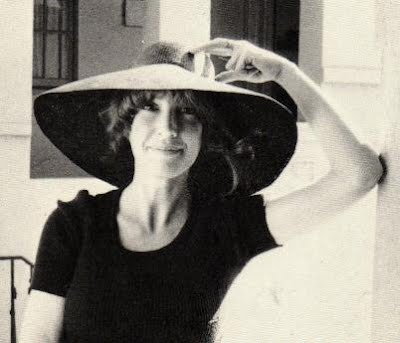 Eve Babitz – Hollywood’s “IT” Girl Is Back!

These photos of Eve playing chess with the famed Painter/Sculptor Marcel Duchamp — naked — at the Pasadena Art Museum, was immortalized by the photographer Julian Wasser, and made her an instant Hollywood sensation:

Eve was legendary in Hollywood circles, close to Harrison Ford, Jim Morrison, Jack Nicholson and many others of that era, she was also a great Artist – and is now having a literary renaissance!

A new biography about her life was just released, all of her her books are being reissued, and a TV series adaptation is in development at Hulu.

Here are a few of her books: 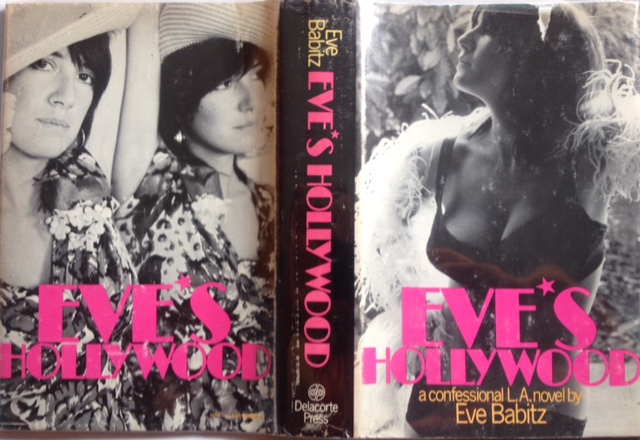 This new appreciation of Eve Babitz as an Artist is long overdue, but I discovered her work and shared her story with you all three years ago.

I posted the following article about Eve in 2015, which includes her work as an rock album designer for The Byrds, The Yardbirds and others – and was a Beatles favorite as well – you can click on this link to see more about her life:

The Hollywood Reporter just published a great article about Eve becoming Hollywood’s latest obsession, and has a great interview with the Author of this new Biography: 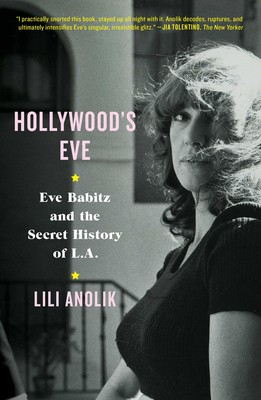 The Author tells great stories about Babitz, and why her life is so fascinating again to a new generation.

Here is a snippet of their conversation:

THR: As your title suggests, Eve was both a product of, and mythmaker of, Hollywood. What does her story say about Hollywood in the 1970s and 1980s?

Author Lili Anolik: She’s just one of those people. She’s like F. Scott Fitzgerald, where their life seems to mirror what the country is going through. If anyone partook of ‘70s L.A., it was Eve. It was Quaaludes, coke, screwing around a ton, it was that post-pill, pre-AIDS moment that she fully, fully embraced. And then 1980 hits and she sobers up and she starts going to AA. She just seems to have gone through in her personal life what the decades were going through. It seems like the country as a whole was going through this all, but probably Los Angeles in a more concentrated way.

While Babitz acknowledges living in Hollywood’s “fast lane” for years, these articles help remind us that she was a great Artist as well.

The Hollywood Reporter has a great interview with the Author of this new biography, check it out here:

I am now reading another of Eve’s novels of LA titled “Slow Days, Fast Company”:

Here is an example of the precise way she writes – like this description of the Santa Ana winds:

“Once, when I was fifteen, I walked for an entire afternoon along the empty cement in 110 degrees of hot dry winds just to get the feel of them, alone. Everyone else was hiding inside. I know those winds the way Eskimos know their snows.”

She was one of Hollywood’s “IT” girls at a time of great change in the town. Her books capture that time and I can’t wait to read the new biography. Bravo to her and welcome back to the spotlight, Eve!

Like Loading...
‹ “Bohemian Rhapsody” Rocks The Golden Globes! Rami Malek’s Homage To Freddie Mercury! Can Freddie Upset Oscar?
Australia’s Disgusting Jellyfish Invasion! I Can Solve It: Eat Them! Recipes For Jellyfish Are The Rage! ›