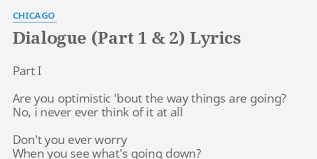 “Don’t You Ever Worry When You See What’s Going Down?”

These lyrics were part of a powerful protest song from 1972 – lyrics that resonate loudly today…and they were from an unlikely source: the pop/rock band Chicago! 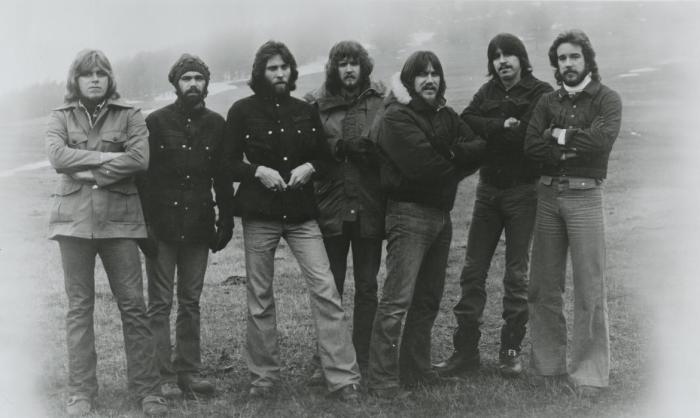 The song was called “Dialogue Part 1 & 2”, and was from the fifth Chicago album.

When people tell me they can’t imagine how things have gotten so bad in our country today, I agree – but also remind them that we’ve had polarizing divisions like this many times in our history, and one way we speak out is through music.

At the end of the 60’s, one band was actively voicing their beliefs – one that you might not realize: 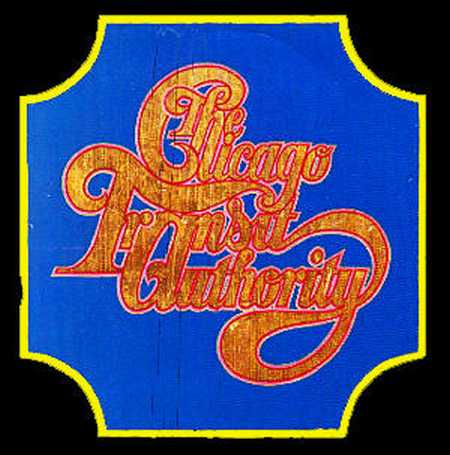 Today, the legendary band Chicago is well known for a long string of pop hits, but certainly NOT for their political stances. That however is exactly what they were known for when they formed. The band was political on their first album, released in 1968 – they called themselves “Chicago Transit Authority”, and they had a declaration written by band member Robert Lamm on the inner sleeve of the album, stating:

“With this album, we dedicate ourselves, our futures and our energies to the people of the revolution. And the revolution in all of its forms.”

Of course, the band’s name led to immediate legal action from the ACTUAL Chicago Transit Authority, so for their next album, in 1970, they shortened their name to what they have been called ever since: 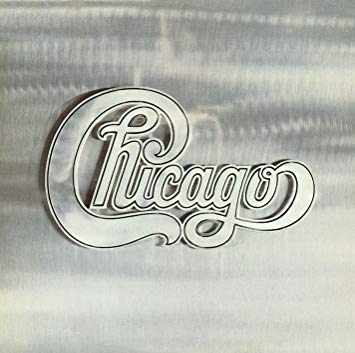 Over the next two years, they released three albums filled with hits like “25 Or 6 To 4”, “Does Anybody Really Know What Time It Is” and “Color My World” – mixing politics AND pop in hugely popular songs… 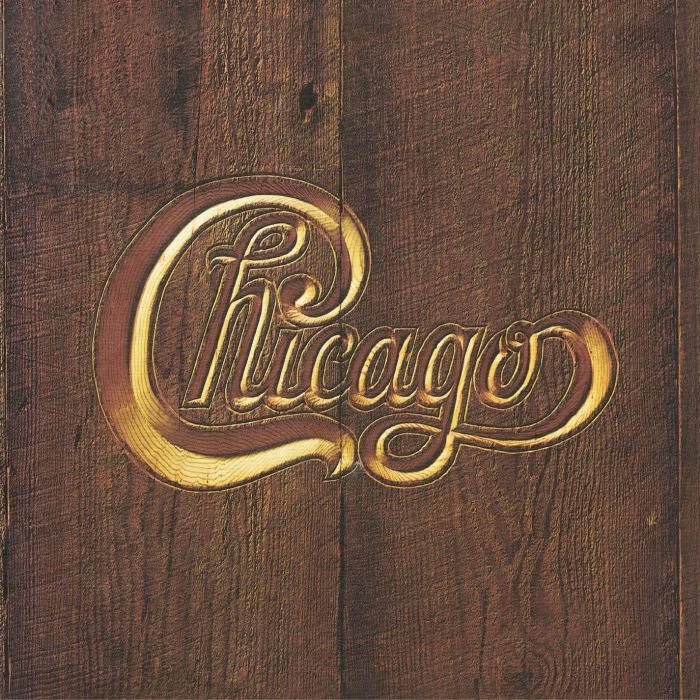 By the time of “Chicago V” in 1972, the US was embroiled in an “unwinnable” war in Vietnam, and violent protests were a common sight on TV…in 1970, four anti-war protesters had been shot dead by National Guardsmen.

The country was in turmoil. 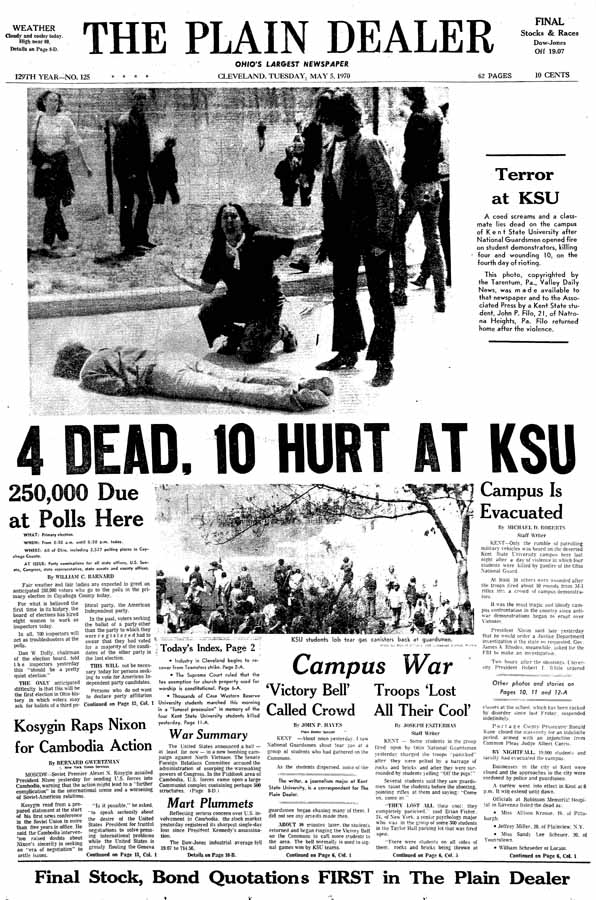 The “Kent State Massacre” was in many ways a turning point in the country’s history – here is the story of that tragedy:

Neil Young wrote the protest song “Ohio” the very next day and it was rushed into release a week later.

So that gives you an idea of what was happening in our country at the time. Our sitting President was about to be re-elected in a landslide, running on a “law and order” platform, designed to polarize our country into two sides: those who knew the war was wrong, and those who chose to blindly believe whatever their leaders said.

The country voted to believe him. Oh, and two years later he resigned in disgrace.

On the band’s 1972 album “Chicago V”, they mixed pop and politics again – on the pop side, the band had one of their biggest hits, the horn-infused majesty of “Saturday In The Park”. 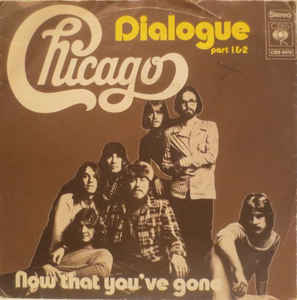 However, they also recorded their most political song ever – a 6+min, two-part discourse on the war, the political climate in the country, and the need for all of us to get political AND get involved – to be part of the solution…here is the ad they took out at the time for the song: 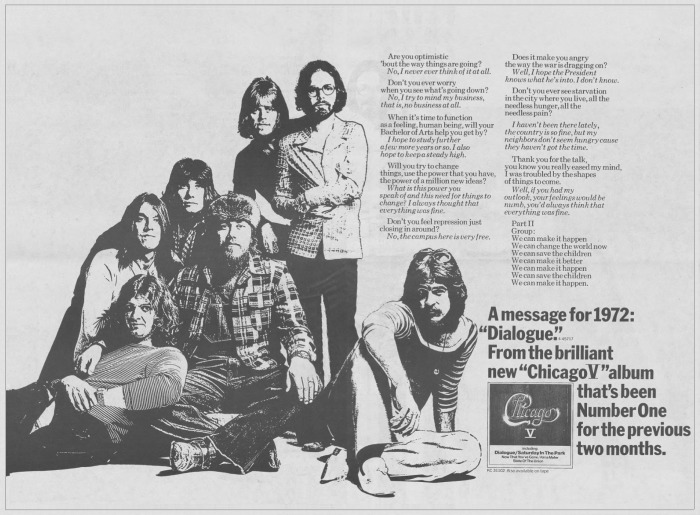 The band’s most overtly political song addressed the mindset of the country at the time.

The song is presented the form of a “Dialogue” in two parts: in part one, lead singer Peter Cetera is being questioned by Guitarist Terry Kath – and the “dialogue” shows Cetera to be oblivious to the political strife around him, as these lyrics show:

“Terry: Are you optimistic ’bout the way that things are going?
Pete: No, I never ever think of it at all
Terry: Don’t you ever worry when you see what’s going down?
Pete: Well, I try to mind my business, that is, no business at all
Terry: When it’s time to function as a feeling human being, will your Bachelor
Of Arts help you get by?
Pete: I hope to study further, a few more years or so
I also hope to keep a steady high
Terry: Will you try to change things, use the power that you have
The power of a million new ideas?
Pete: What is this power you speak of and the need for things to change?
I always thought that ev’rything was fine, ev’rything is fine
Terry: Don’t you feel repression just closing in around?
Pete: No, the campus here is very very free
Terry: Does it make you angry the way war is dragging on?
Pete: Well I hope the President knows what he’s into, I don’t know
Oooh I just don’t know
Terry: Don’t you see starvation in the city where you live
All the needless hunger, all the needless pain?
Pete: I haven’t been there lately, the country is so fine
But my neighbors don’t seem hungry ’cause they haven’t got the time
Haven’t got the time
Terry: Thank you for the talk, you know you really eased my mind
I was troubled by the shapes of things to come
Pete: Well, if you had my outlook, your feelings would be numb
You’d always think that ev’rything was fine
Ev’ry thing is fine 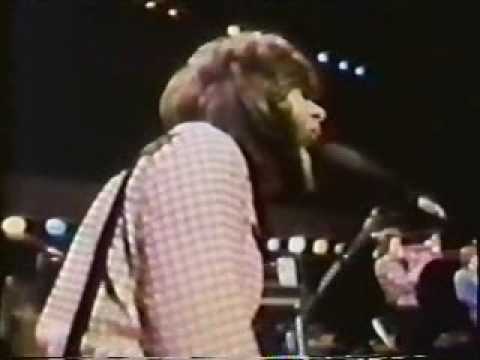 The song then shifts gear into “part 2”, which is a call to action for everyone listening. These lyrics are repeated for 2+ minutes before abruptly ending mid-phrase.

Here is a terrific live version filmed at the Arie Crown Theater, Chicago in Nov. 1972. 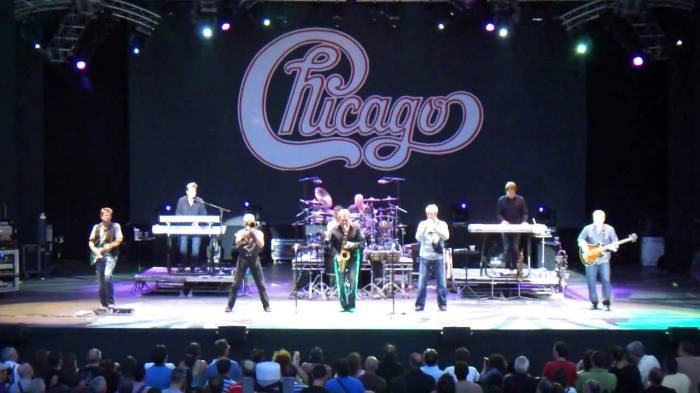 Such a powerful song of protest, with lyrics that are as relevant today as ever.

The band still performs the song in concert as well.

An edited version was released as a single in October 1972, eventually reaching #24 on the Billboard chart. 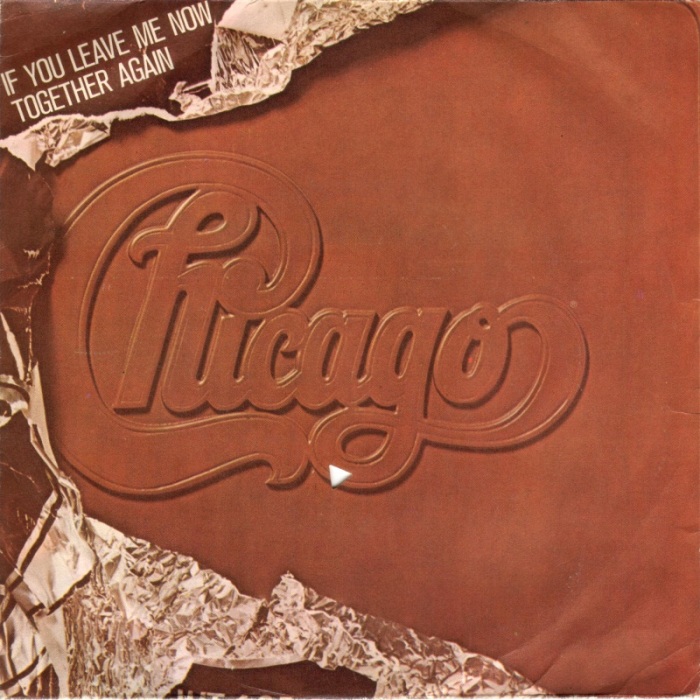 Chicago “X” Does NOT Mark The Political Spot!

Of course, the band’s support of the “revolution in all its forms” couldn’t last forever, especially after we left Vietnam and disco became the country’s way to forget about the war.

It was only 4 years later when Chicago had their huge hit single “If You Leave Me Now”, which included the very NON-POLITICAL lyrics pleading: “oh oh oh no baby please don’t go.”

That said, bravo to them for taking a stand and adding to the “dialogue” of the time.

The band had shown its political point-of-view in other ways before their retreat into more generic pop music: 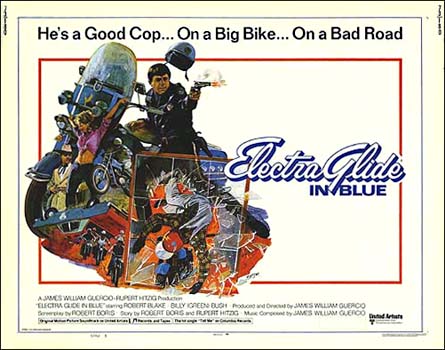 The band’s Manager James William Guercio only directed a single film, but it is the counter-culture classic “Electra Glide In Blue.” 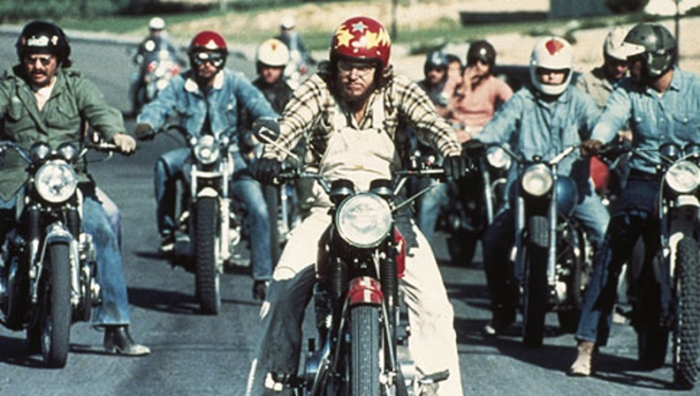 Several band members are in the film, and they wrote and performed the very political soundtrack as well – here is a look at the cult 70’s film “Electra Glide In Blue”:

As I mentioned, the band’s first album was released in 1968, when this happened in Chicago: 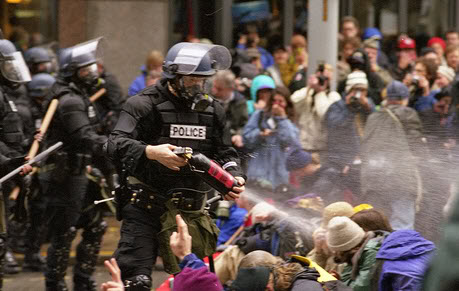 Violent protests had erupted at the 1968 Democratic National Convention, and Director Haskell Wexler captured it in his brilliant film “Medium Cool”: 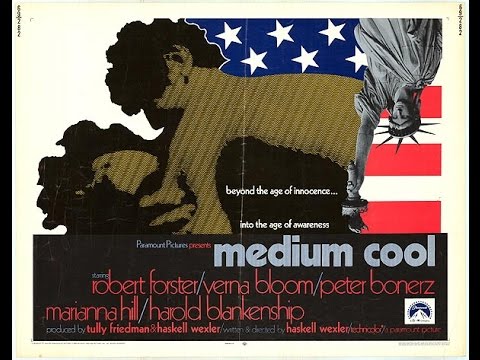 You can see more about this important film here:

Let me know what sort of “Dialogue” you are having these days!