One of pop culture’s most unique spectacles, the Burning Man Festival, is about to light up again, but this year, there is more controversy than usual about the event…

As The Daily Mail reports:

The festival has been going since 1986, and this year’s event is in the desert north of Reno, Nevada.” 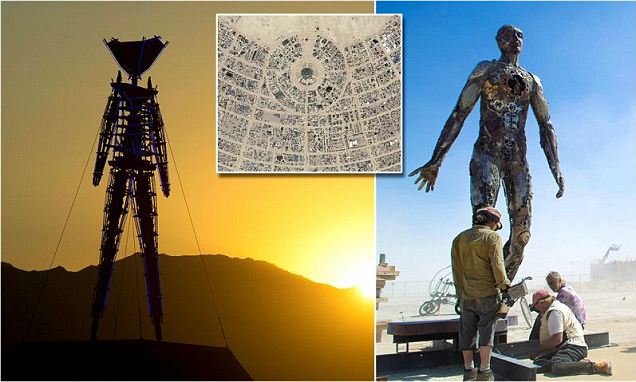 Yes, there is such a thing at the festival, but in the era of #MeToo, it’s under review.

The Daily Mail has great reporting on this year’s festival, including the information that some events are being scaled back due to this controversy:

“Burning Man has been known for its free-spirited atmosphere where clothing is without a doubt optional and activities such as the Hug Church and spanking lessons encourage burners to form special connections with one another.

Following back-to-back-to-back reports of rampant sexual harassment in the news over the last year, organizers have been tasked with teaching participants that freedom on the campground doesn’t mean its a free for all.

As you can see, the “anything goes” atmosphere is running into the #MeToo movement, and reports of abusive behavior at previous festivals is causing organizers to re-think certain of the more salacious aspects of the festival…

Still, as you can see from this year’s early arrivals, the party is already underway, and the spirit of freedom that permeates the festival will no doubt continue…as I said, The Daily Mail has great reporting on it, which you can see here:

If you wonder where the “Burning Man” imagery came from, look no further than this classic early 70’s horror film from England:

“The Wicker Man” is one of the most unique horror films of all time – you can read more about it here:

Like Loading...
‹ Woodstock! 49 Years Ago “Three Days Of Peace And Music” Changed America!
“Anything But A Wasted Life!” Sita Kaylin’s Provocative Memoir! The Candid Life Of A Sex Worker! ›