One of the most beloved series in film history came from the mind of George Lucas, and continues to entertain people around the world today…remember the plot?

@RealCinemania on Twitter brought this “Star Wars” summary to my attention:

So, I guess it’s all about how to look at something, right?

That brings me to this classic:

Without a doubt, this 1939 classic is beloved the world over – the story of a young girl and her dog, who follow the yellow brick road to Oz…and of course, the incredible characters they meet along the way:

Of course, there are wicked witches, flying monkeys and an irritable guy behind a curtain to contend with – which leads to this hilarious summation that was published in TV Guide’s listing page: 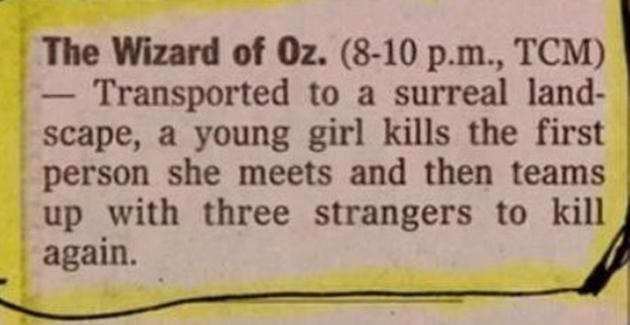 And do you remember this crowd pleasing musical?

Yes, “Les Miserables” is a timeless musical, and was turned into a great film as well:

Hugh Jackman, Anne Hathaway, Amanda Seyfried and Russell Crowe were all terrific in the film – and so Sam Richardson shared his opinion of the film this way:

Can’t argue with this!

Finally, my wife admits she isn’t a fan of most science fiction – and there, not a fan of this film at all: 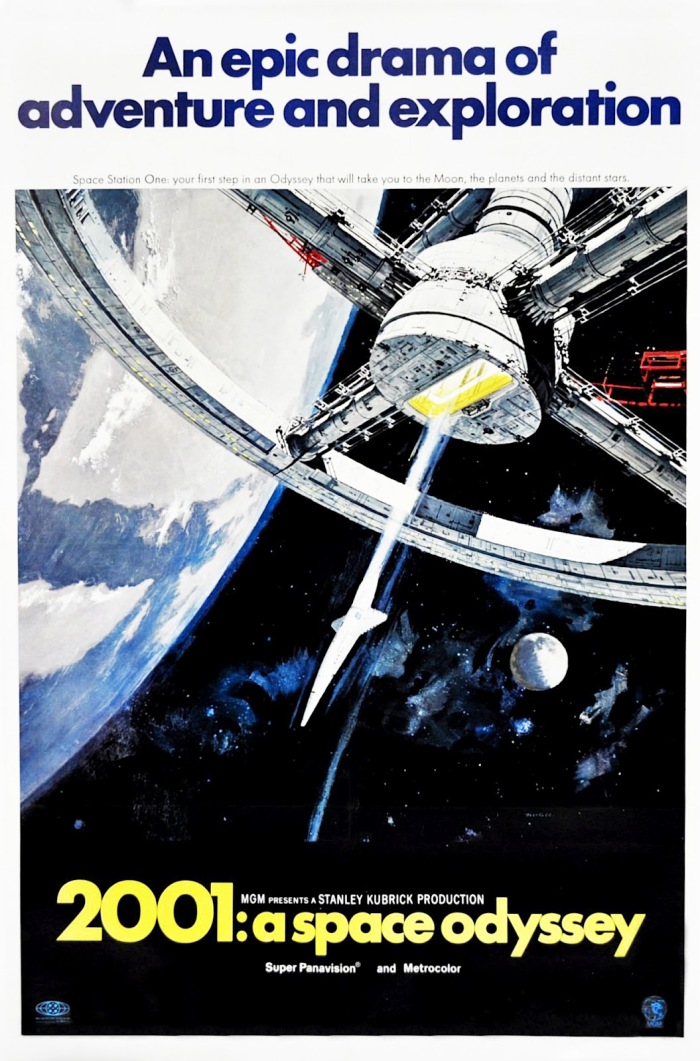 Yes, Stanley Kubrick’s 1968 masterpiece is a mind-blowing experience, and moviegoers were dazzled AND perplexed by what flooded by them in one of cinema’s most wildly imaginative films of all time…

My wife, however, saw it years later and had this short, six word review:

“Some Dumb Astronaut. Some Dumb Baby.”

Well, she’s accurate about the plot line at least! 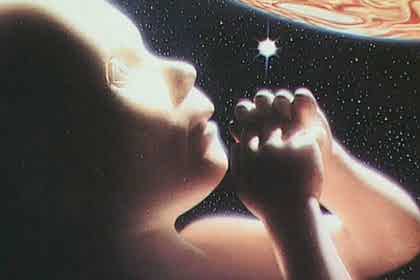 Let me know if you have a funny movie plot summary to share!