Home › Art › The Dancing Olympian! The Fight To Save Kiribati! Paradise Underwater!

The Dancing Olympian! The Fight To Save Kiribati! Paradise Underwater! 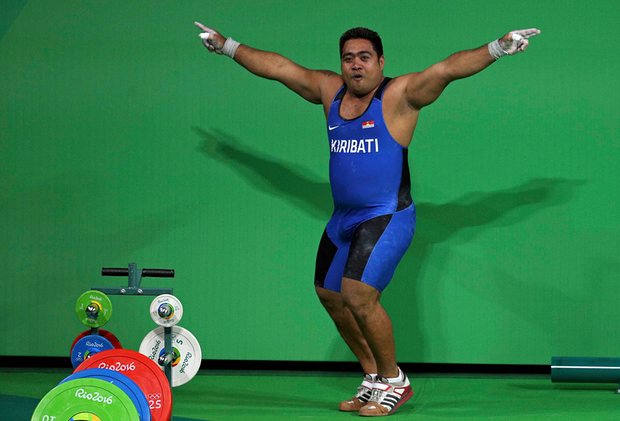 Dancing To Save A Culture!

I understand when Olympic Athletes celebrate on the world stage – but in this case, one Olympics Weightlifter is dancing to save his country!

David Katoatau, of Kiribati, dances off the platform after an unsuccessful attempt on his final lift in the men’s 105 kg weightlifting event at the 2016 Summer Olympics in Rio de Janeiro, Brazil, Monday, Aug. 15, 2016. (AP Photo/Mike Groll)

The Fight To Save Kiribati!

Olympic Weightlifter David Katoatau of the tiny nation of Kiribati is getting lots of attention – because of his signature dancing during his Olympic competition:

Kotoatau is making a “dancing fool” of himself in order to raise awareness of the plight of his home country, Kiribati…more on this incredible nature – at risk of disappearing forever – in a moment, but first, bravo to Kotoatau for getting this attention!

Here is that terrific dancing video:

A Weightlifter’s Fight To Save His Homeland!

Now, here is the sobering story behind this dancing: first, welcome to the south seas paradise known as Kiribati: 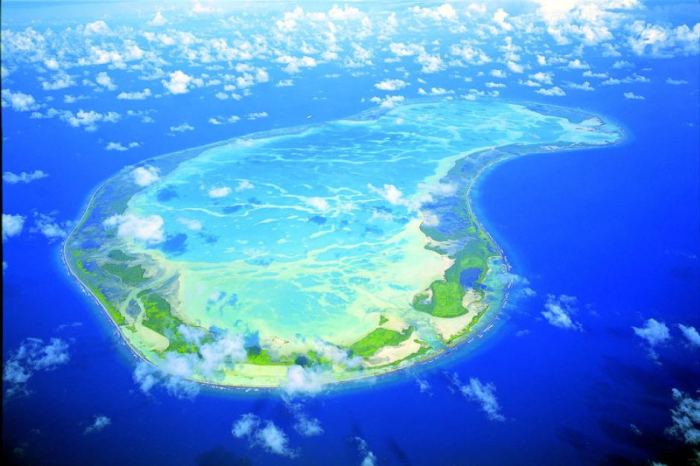 Gorgeous, isn’t it? Kiribati is an island nation in the central Pacific Ocean. This is a nation of islands: 33 atolls and reef islands and one raised coral island; Banaba. They spread out over 300 miles of the Pacific ocean, which is more than a million square miles!

The permanent population of Kiribati is just over 100,000 people, with more than half living on a single island.

Because of climate change, the country is sinking fast – rising oceans will soon turn Kiribati into a modern-day Atlantis, a society that will disappear forever…

These islands exist literally “at sea level” and as the sea rises, the salt water seeps into their fresh water supply, making it impossible to survive…

Here is a great story posted by “AJ+” on Youtube:

“Sea levels continue to rise due to climate change, and some countries may vanish into the ocean by 2050. The most at-risk is the South Pacific island nation of Kiribati. Coastal erosion and freshwater contamination could make Kiribati uninhabitable in the next 30 years. AJ+ traveled there to find out how its people are facing their uncertain future.”

That is a great video, and a sobering story about a culture that is about to be consumed by the ocean…I have posted stories about this area before: 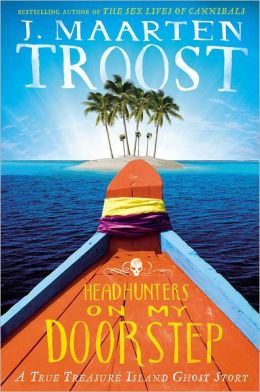 The terrific travel writer J. Maarten Troost actually lived in this area for years, and wrote several memoirs…he recently returned to the area, and his troubling story can be read here:

Kiribati isn’t the only nation at risk: in fact, one “Island President” has put his life on the line to see his country:

There is a terrific documentary that shows how one world leader put his life at risk to try and save his country – read about it here:

Kiribati is just one country who is trying to find a way to survive – check out these stories!