I love this photo: two great Artists having a blast together…and some great news just came out to make fans even happier! 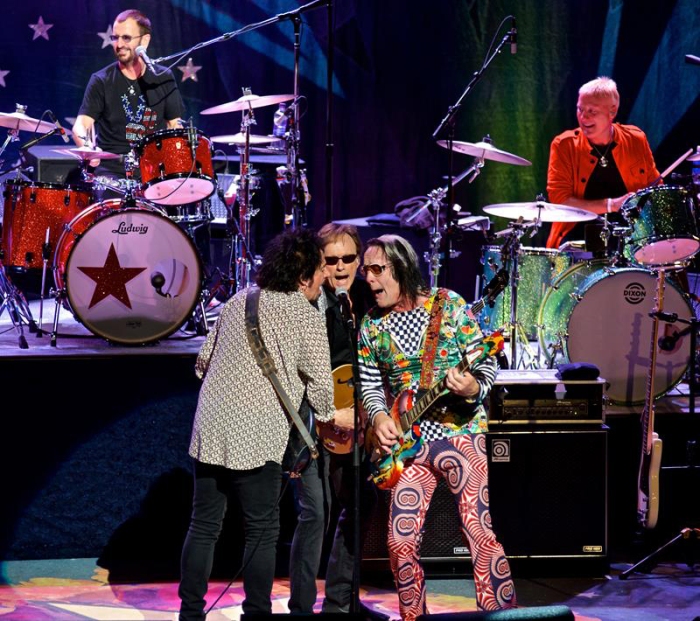 Ringo and Todd are heading back out on the road!

Beatles fans rejoice whenever Paul McCartney embarks on another worldwide tour, and why not? His shows are 3 hours long, and every single song is a classic…he is one of the world’s great musical treasures….

But So Is Ringo!

What’s fascinating is that Ringo Starr is out on the road more than McCartney! According to Billboard magazine, the 12th and longest-running incarnation of his All-Starr Band, together since 2012, is planning to hit the road again in the new year.

“Yes, we are going out again, I believe next summer,” Todd Rundgren tells Billboard. “We decided to do another American tour”. 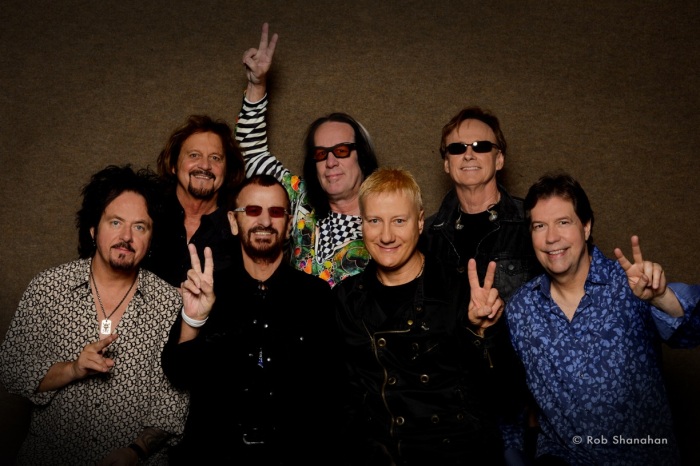 The “All-Starr” Band Is Back!

Here is what Todd told Billboard about Ringo’s touring plans:

Here is what Ringo said as well to Billboard:

“I love this band. I love the guys and we all get on well and everyone is cool. I’m keeping it together.”

Billboard delves into the genesis of the band: Ringo touring with musicians who have their own hits, as well as playing all of his own…but Todd points out that’s not always an easy thing for the “All-Starr” band to do:

Todd points out that you can’t just be able to play your own music:

“Part of the problem with an All-Starr band is his minimal requirement is that you have three hit records. Well, it’s easy enough to find somebody who can play their three records, but they all have to be able to play everybody else’s hit records, and often you would get somebody who can just play their own records, and then when it comes to play everyone else’s stuff they just turn the volume on their guitar down and pretend to strum. That doesn’t happen with this lineup.”

So Ringo’s current lineup remains intact, and that means Todd Rundgren will be traveling the world with Ringo once again!

Here is a fan’s video from 2014, with Todd’s song “Love Is The Answer” performed by the All-Starr band:

And here is the band backing up Ringo as he performs one of his best solo songs, “Photograph”: 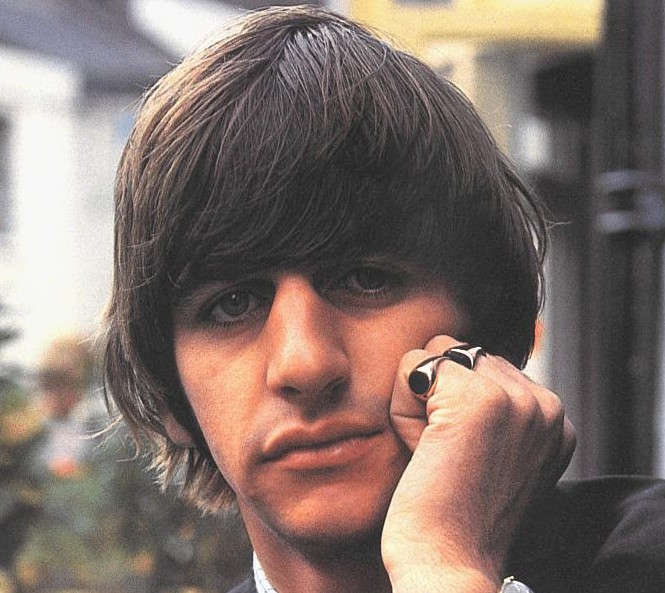 Ringo actually had some of the biggest hits of the post-Beatles era in the 70’s…lots of great solo music from John, Paul George and Ringo, but what if they had never broken up? Well, one book took ALL of the Fab Four’s solo songs and imagined them as Beatles albums: 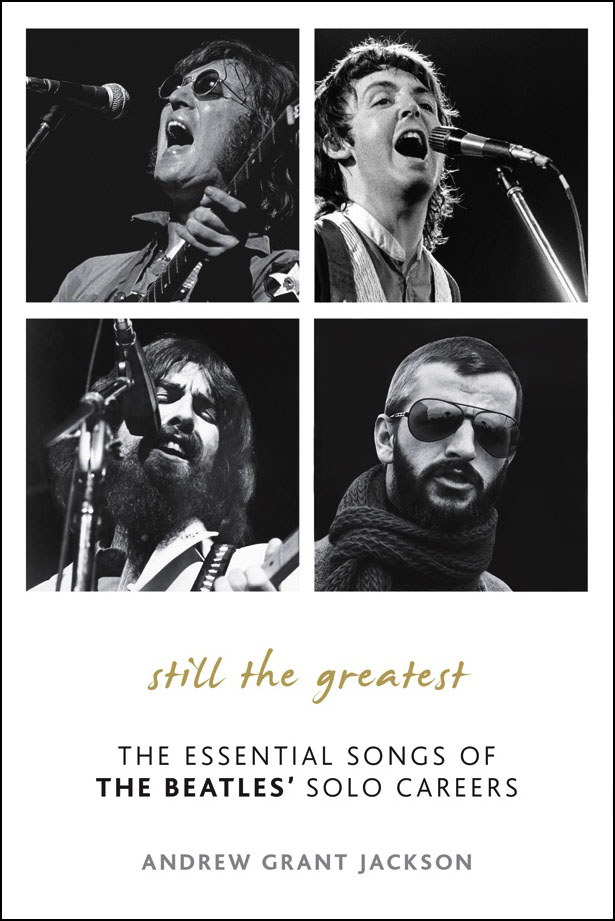 I love this book! There’s no doubt that The Beatles would have released amazing albums if they hadn’t broken up – you can see what those albums would have been like by clicking here:

And Ringo was much more than just a musician – he was an Actor too! Don’t believe me? Just as Raquel Welch! 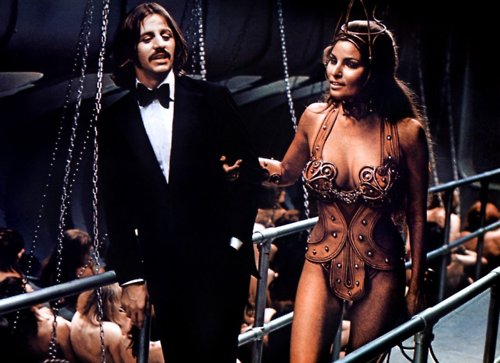 Ringo starred with Raquel in the cult classic “The Magic Christian” – and yes, Macca wrote the movie’s theme song for Badfinger! Read more about this classic movie by clicking on my story here:

One last piece of fun Ringo trivia: did you know that the other Beatles sent him postcards while The Beatles were on the road in the mid-60’s?

I bought this great collection of postcards from “the boys” to Ringo when he was ill – and the box set was signed by Ringo – a really fun and intimate look at what was going on in Ringo’s head – and if you want to get really inside it, take a look at this terrific biography!

“Ringo: With a Little Help” – by Michael Seth Starr

Forget the similar last name, Michael Seth Starr has covered television as a reporter and columnist at The New York Post since 1995, with a number of great entertainment biographies. Now, he take on the world’s most recognizable drummer!

“Ringo: With a Little Help” looks at Ringo’s entire life, from his sickly childhood to what the book calls his “triumphs, addictions, and emotional battles following the breakup of the Beatles as he comes to terms with his legacy.”

Click on my story to see more on the postcards and this great book:

As the book title says, Ringo is performing a number of Beatles songs on tour, such as the iconic “With A Little Help From My Friends”…but Paul McCartney is still going strong as well! 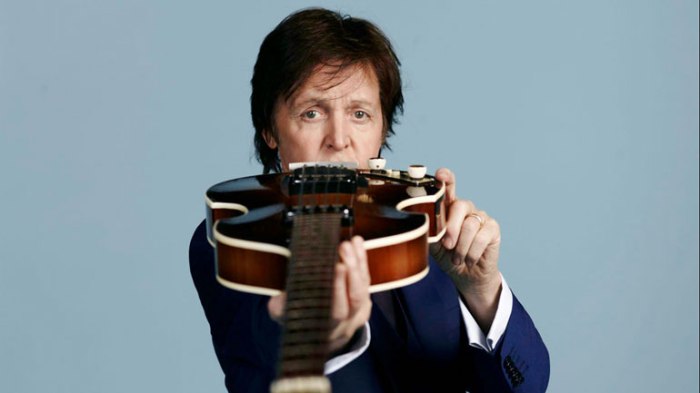 McCartney is touring the world and making new music – read about his latest album, one of his best, “NEW” – and see his great music video with Johnny Depp and Meryl Streep! – by clicking on my story here:

Read all about Todd’s latest album, which I capture here:

And leave me a note if you’ve gone to one of Ringo’s shows!