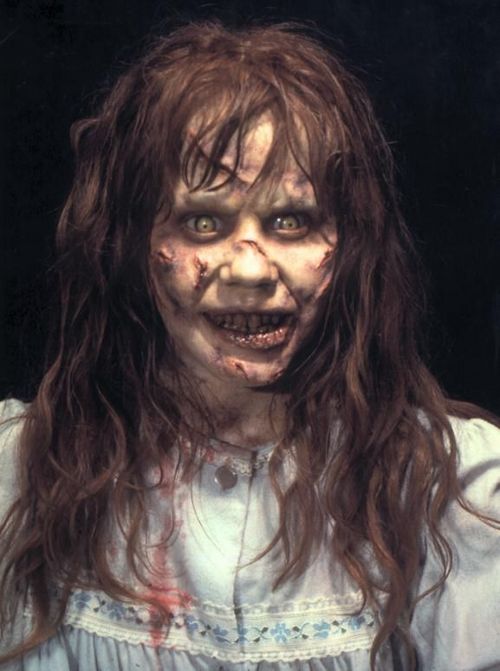 It’s my favorite time of year – when the scariest films of all time return to my TV screen! Everyone has a favorite horror film – you know, one that really scares you…and modern cinema has given us SO many incredible images to shake us up… 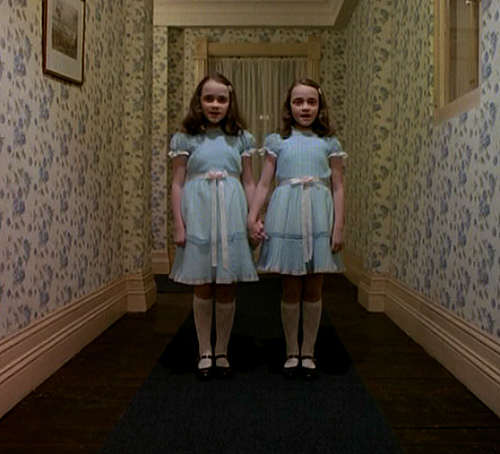 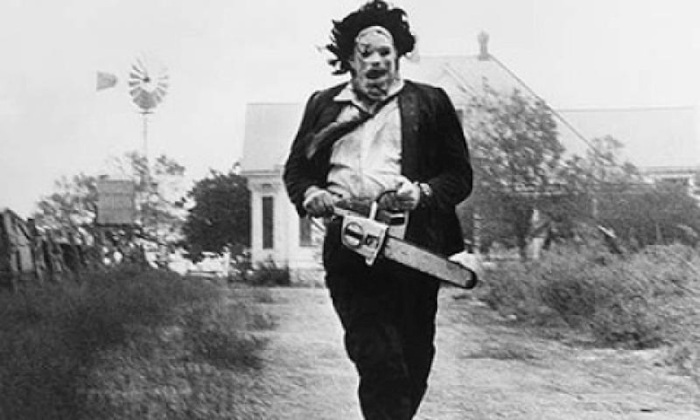 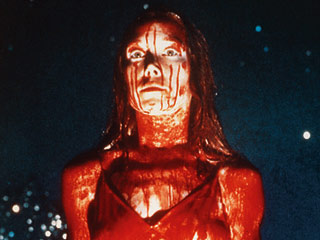 You get the idea – there are old classics and new favorites – all created to scare the hell out of you this Halloween season – I wanted to share some of my favorite horror films…and also highlight some lesser known films that deserve to be seen! 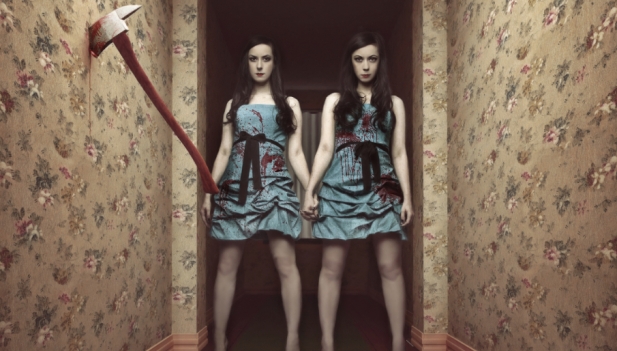 More on these incredible Twin Horror Directors in a moment, but first, we begin with what is, without question, the greatest horror film ever made – one that forced viewers to flee the theater because it was too much to watch!

Time To Celebrate “The Exorcist!”

I think this is the scariest film ever made…and without a doubt the greatest horror film of all.

Here is the original trailer, that only hinted at the intensity of this film:

In the more than forty years since it was released, “The Exorcist” has remained one of the most shocking films ever released….because of moments like this: 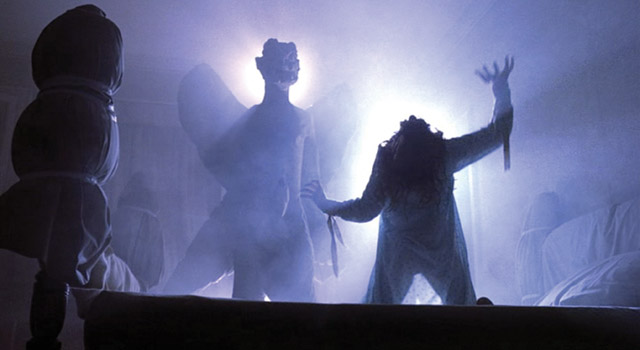 The moment that little Regan unloads gallons of green liquid onto her guests is a legendary horror scene…but equally entertaining is the banter that the demon has with Fathere Damien:

Here is some great trivia about the film:

The refrigerated bedroom set was cooled with four air conditioners and temperatures would plunge to around 30 to 40 below zero. It was so cold that perspiration would freeze on some of the cast and crew. On one occasion the air was saturated with moisture resulting in a thin layer of snow falling on the set before the crew arrived for filming.

Oh yeah, and then there is the “head turn” sequence! As you can see in this picture, little Regan is holding a crucifix for all the wrong reasons…another scene that was so shocking that audience members fled the theaters when it was playing – this type of horror reaction just doesn’t happen any more!

This film is so intense and scary that the original teaser trailer, which consisted of nothing but images of the white-faced demon quickly flashing in and out of darkness, was banned in many theaters, as it was deemed “too frightening”. 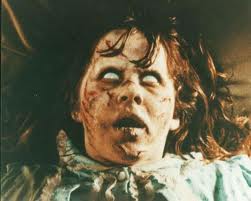 And then of course, there is the projectile vomiting scene! 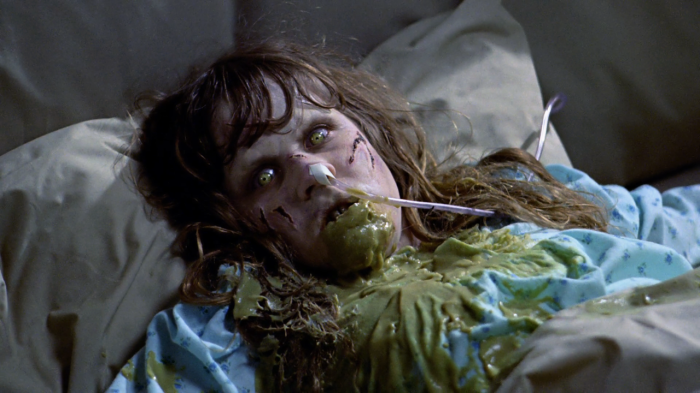 Tons of great stories and commentaries on the special edition blu-ray….check it out and relive a classic!

Of course, “The Exorcist” wasn’t the first movie to feature of child acting up…in fact, some evil begins before the baby is even born!

Roman Polanski’s horror film lives up to the hype – get a bunch of great behind-the-scenes stories about the movie here:

One of the greatest horror films of all time began as a Stephen King novel – his first novel in fact, and still the greatest film ever made from one of his books!

One of the greatest honor films ever made is by the Master of Suspense, Director Brian DePalma!

The story of young Carrie White, ostracized in high school and tormented by her religious fanatic of a mother, is one of horror’s greatest achievements. Here is a bun of fun trivia about the movie, and a look at five of Brian DePalma’s greatest thriller!

Of course, by the end of the 70’s, one film because the new standard for horror:

It was the night that “HE” came home! Director John Carpenter’s classic horror film made Jamie Lee Curtis the reigning “Scream Queen”… 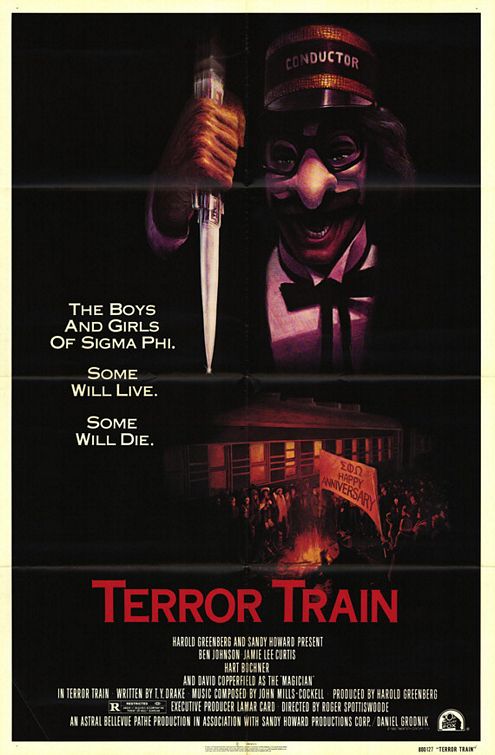 Another of Jamie’s great thrill rides was on “Terror Train”! If you want to celebrate the “slash-tacular” horror films of the 80’s – and read about some great “Halloween” trivia, then check some of the best right here:

For many, the face of horror changed forever when THIS guy showed up:

It is one of the most unsettling films ever made – “The Texas Chainsaw Massacre” introduced audiences to “Leatherface” – based on real events that shocked the nation. He is, without a doubt, one of cinema’s greatest horror characters…read about him here:

There is a lot of great new horror being made – not the creepy “found” footage stuff of “Paranormal Activity” and the like, but classic horror stuff with a fresh new twist like this: 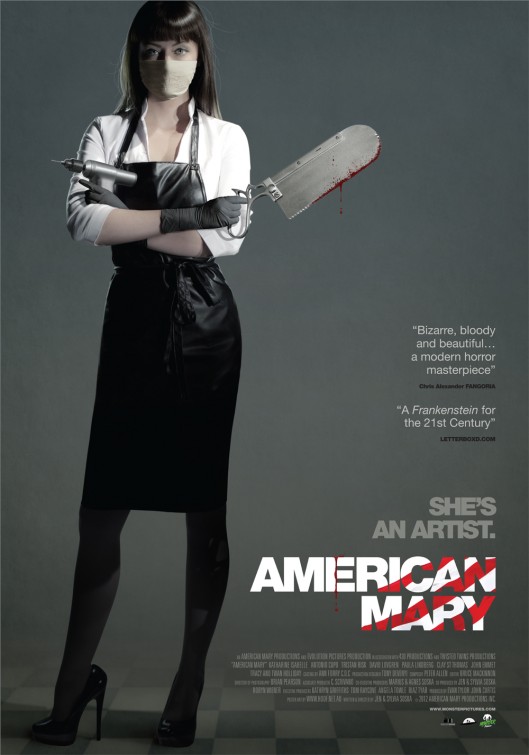 There’s a fresh new voice in cinema today, thanks to the Soska Sisters, who are making creepy, bloody horror films like “American Mary” – and they love to acknowledge their influences, like this picture that pays homage to “The Shining”:

The Soskas are currently hosting the horror game show “Hellavator” on GSN! If you want to read about their films, check out my story here:

So there you go, have a great night of shocks and screams!