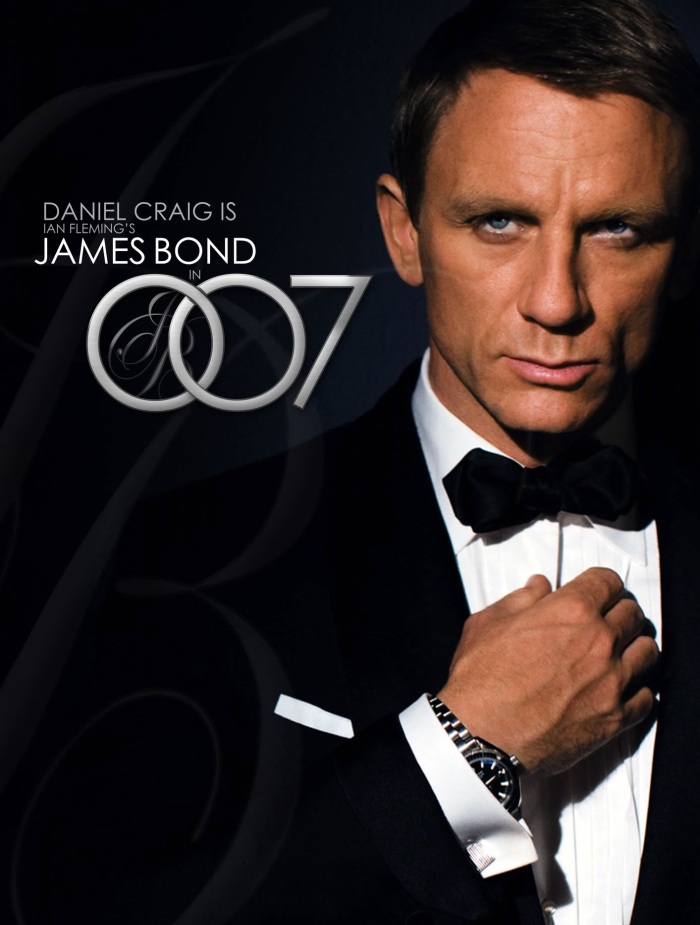 Yes, the wait is over – there is a new James Bond movie being filmed, and they’ve announced the title! 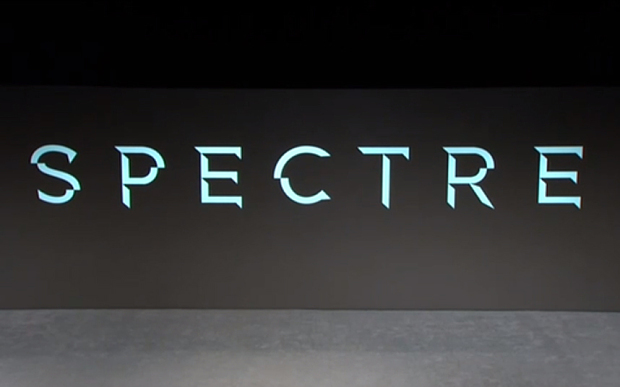 The organisation made its first appearance in Fleming’s 1961 novel “Thunderball”, and on screen in the first Bond film, “Dr No”.

“SPECTRE” is run by the ultimate super-villain, Ernst Stavro Blofeld! Holding his signature white cat, Blofeld appeared in three Bond novels (Thunderball, On Her Majesty’s Secret Service and You Only Live Twice) and seven Bond films (From Russia with Love, Thunderball, You Only Live Twice, On Her Majesty’s Secret Service, Diamonds Are Forever, For Your Eyes Only and Never Say Never Again). 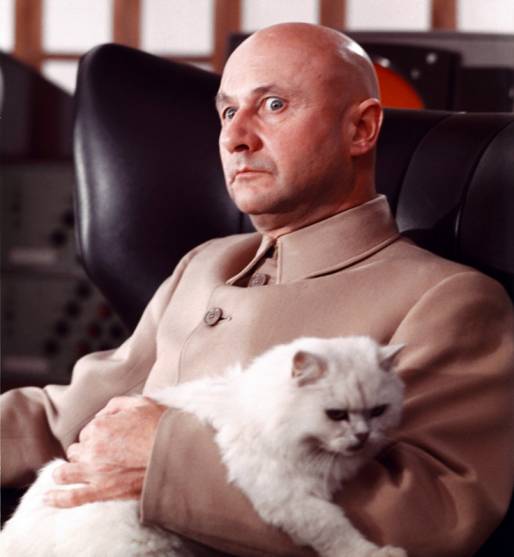 Character Actor Donald Pleasance played Blofeld, as did Telly Savalas – but now word is that Christoph Waltz will take on the role…he was announced as a member of the cast, without reference to his role… 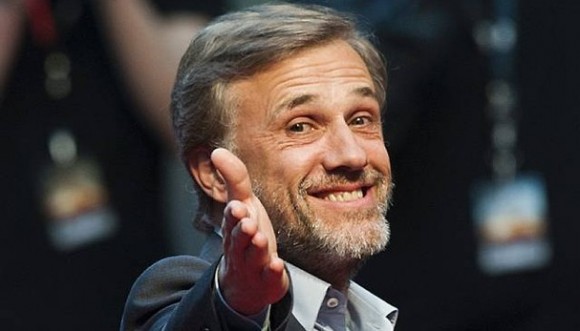 With his Nehru-collared suit and white Turkish angora cat, he is one of the most recognisable of the Bond characters, and has been parodied in everything from Danger Mouse to Austin Powers, where he was the main inspiration for Mike Myers’s Dr Evil. His name was inspired by a boy Ian Fleming was at Eton with, Thomas Blofeld – father of the cricket commentator Henry “Blowers” Blofeld.

While he may be Bond’s greatest nemesis, that doesn’t mean he stood up to the best Bonds…

It’s a timeless argument….who was the best Bond ever? The worst? 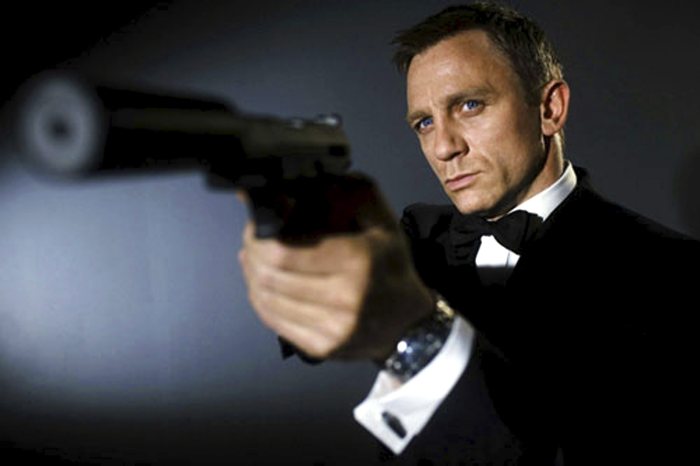 If you want to weigh in, here is a look at all of the Bonds – let me know who your favorite is!

And of course, that leads to an ever bigger question: what is the best Bond theme song? 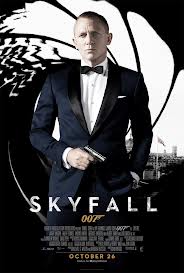 Great news for James Bond fans! The official “Skyfall” theme, sung by Adele, was a long overdue return to form: it was a GREAT Bond theme!

The James Bond theme is a big deal – has been for almost the entire 50-year history of the movie franchise…but for every GREAT theme sung by Tom Jones, Shirley Bassey or Duran Duran, you have to suffer through a dud like Sheryl Crow, A-Ha or, worst of all, Madonna! 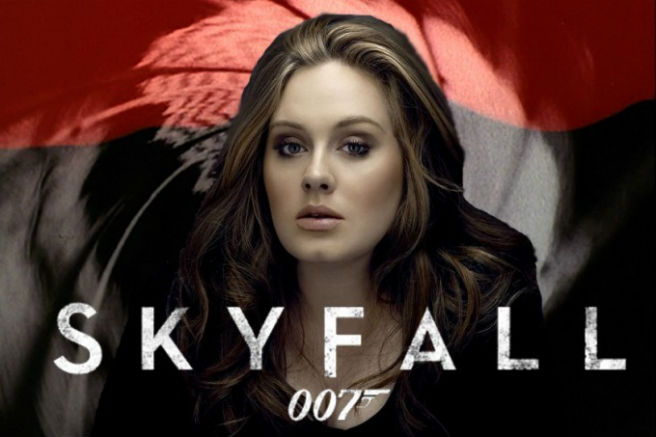 From the very beginning, James Bond 007 was the coolest guy in the room, and everything he did – wore – DRANK – was cool. So of course, his theme song was cool too… 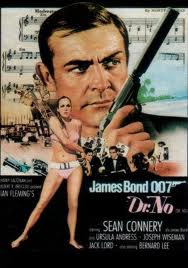 The Bond theme songs started off as “no big deal” – the original theme song to “Dr. No” was a bit of a calypso thing, and “From Russia With Love” was a nice, unremarkable ballad….then Shirley Bassey knocked it out of the park with the next film – “Goldfinger” – which was an international phenomenon…and a very high standard was set!

There were many great themes to follow, including the best of all – when Paul McCartney set a new standard with this dynamite Bond theme for “Live And Let Die”:

What can you say, this was the best Beatles song that never was a Beatles song…and Macca was a musician at the top of his game…

But, did you know about the Bond song that was rejected by the Producers? After the huge success of “Live And Let Die”, the Producers looked around for another big rock star – and huge “star of the moment” Alice Cooper wrote and sang the theme song for the next Bond film, “The Man With The Golden Gun” –

But it didn’t go well, and the song was rejected….however, Cooper released the song on his “Muscle Of Love” album – an album released in a plain brown box…

Was Cooper ever really hired to do the theme? As you can hear, it’s a Bond theme thru and thru – and thanks to the passion of the internet, here it is laid over the movie’s opening credits!

The Man With The Golden Gun – the never used Alice Cooper version! 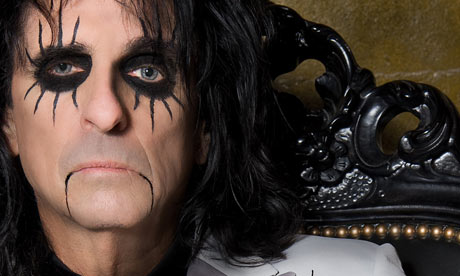 Alice spoke about the song in a 2011 interview:

“It was supposed to be the Bond theme, but it actually came in a day too late, and by the time they heard it, they’d already signed for Lulu’s song. I went, “You’re gonna take Lulu over this?” [Laughs.] ‘Cause it was perfect for The Man With The Golden Gun. It had helicopters, it had machine guns—it had the Pointer Sisters, Ronnie Spector, and Liza Minnelli doing background vocals! We went to every single one of those John Barry albums to try and invent the perfect James Bond song, and even Christopher Lee, who played Scaramanga in the movie, said, “Oh, man, why did we take the Lulu song? This song is the one!” [Laughs.] So, yeah, we lost out on that one, but I still put it on the album. I said, “I don’t care, I’m going to do a James Bond track no matter what.” 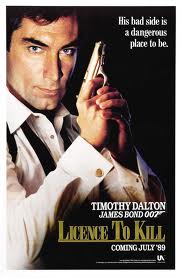 Finally, here is one of the most overlooked James Bond themes ever – Gladys Knight singing “License To Kill!”

Here’s hoping that the “SPECTRE” theme song is a great one!

And if you want to know how James Bond got his start, check out this amazing documentary all about the origins of 007:

So much Bond still to come!