Looking To “Scope Out” A Unique Triple Bill?

If you want to see one of the strangest triple bills by a single Film Director, then you are in the right place!

How About THIS For A Triple Feature?

First, begin with one of the greatest – and most beloved – Christmas movies ever made…

Then head off to college to have your eyes opened – literally – to some of the wildest movie shenanigans of all time!

Finally, see the film that inspired the horror classic “Halloween” – that takes place, of course, on a college campus – over Christmas holiday!

Time to celebrate the seriously under-rated Director Bob Clark, who created the legendary 80’s sex comedy “Porky’s” – the intense horror thriller “Black Christmas” – AND the holiday classic “A Christmas Story” – literally one of the most quoted holiday movies ever! Need an example?

“You’ll shoot your eye out with that thing!”

It makes me want to have chinese food on Dec. 25th – just to honor Director Clark. This is arguably the best Christmas movie of all time – the encounter with the frozen tether ball pole is just one reason… 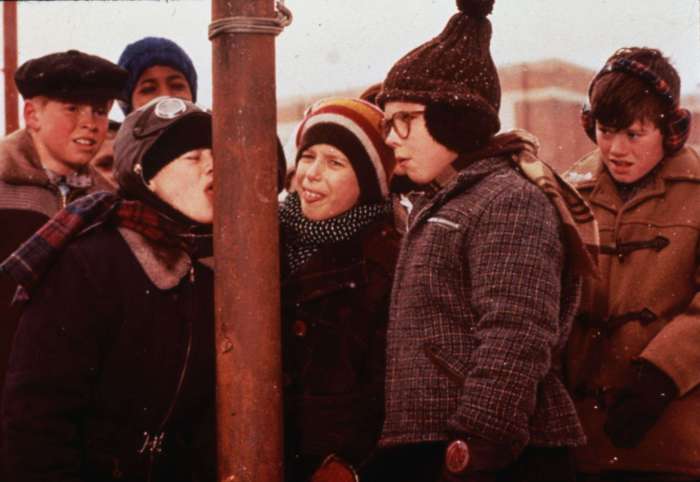 It is a holiday classic – check out the trailer: 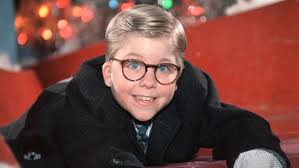 So funny, so heartwarming! So how can the Director of such a lovable film go on to make THIS:

“IF THIS PICTURE DOESN’T MAKE YOUR SKIN CRAWL – IT’S ON TOO TIGHT!”

A classic 70’s horror film that has been rediscovered thanks to home video, “Black Christmas” is a tight, vicious thriller!

The plot is straightforward: It’s time for Christmas break, and a group of sorority sisters make plans for the holiday – but then the horrifying anonymous phone calls begin. Olivia Hussey stars in the film… 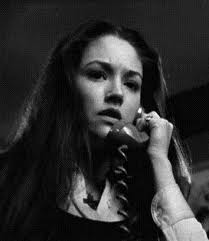 Hussey starred in “Romeo & Juliet”, but this is no love story…

Margot Kidder also stars as one of Olivia’s sorority sisters, and she’s got a wicked sense of humor and an acid tongue…this was just prior to her breakout role as Lois Lane in “Superman”… 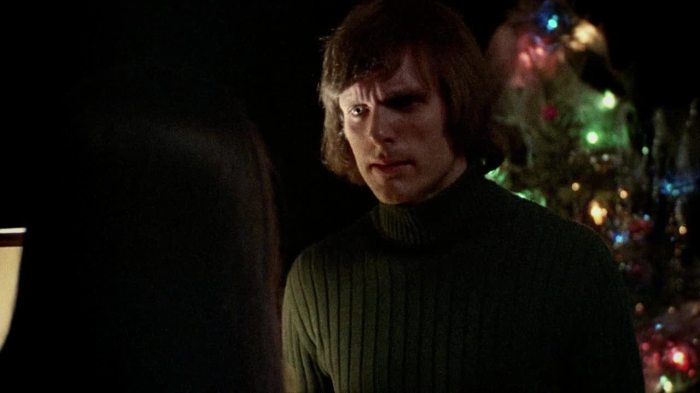 Kier Dullea also stars in the movie – Dullea of course was in Stanley Kubrick’s masterpiece, “2001: A Space Odyssey…” 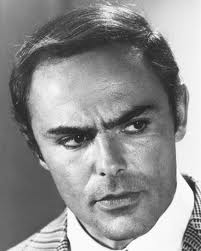 Since this was a low budget film, Keir Dullea worked only for a week, and never met Margot Kidder! He barely met John Saxon either, but the film is edited in such a way that he appears to be present throughout the film…

Around 1986, Olivia Hussey met Steve Martin for a role in “Roxanne”, and Martin said “Oh my God Olivia, you were in one of my all time favorite films”. Hussey assumed it was her role in “Romeo and Juliet” – but she was surprised to find out it was “Black Christmas!” Martin claimed he had seen it over 20 times! 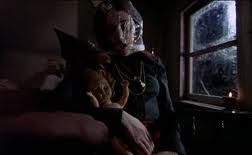 So, a warm, affectionate look at Christmas, followed by a terrifically vicious holiday thriller – how could Director Clark top that?

That’s right, Clark directed “The Godfather Of 80’s Sex Comedies”! It was a film that combined the innocence of “American Graffiti” with the “anything goes” nature of “Animal House” – for aone of the 80’s biggest hits – check out the original trailer! 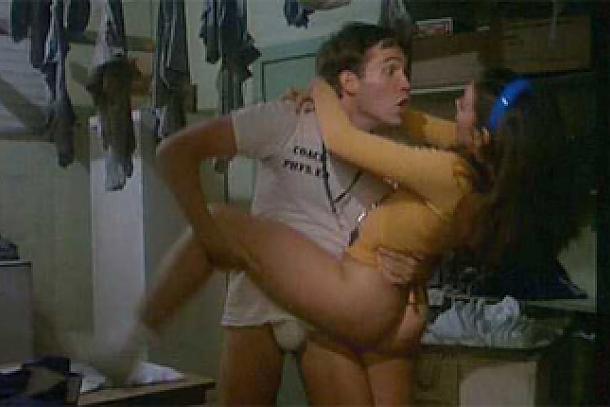 Set in 1954, “Porky’s” tells the story of a group of Florida high schoolers who seek to help a buddy lose his virginity. It also featured most of the most iconic scenes of the 80’s – the shower “Peeping Tom” scene!

Needless to say, “Porky’s” was raunchy in every single way, including the dialogue!

Billy: I never seen so much wool. You could knit a sweater.

Tommy Turner: This has gotta be the biggest beaver shoot in the history of Florida.

Writer/Director Bob Clark actually gathered material for the movie over a 15 year period of his life. The story is a collection of incidents he collected from other guys, along with some of his own personal memories from growing up in high school.

“Porky’s” was one of the biggest hits of the 80’s, and spawned several sequels. Sadly, Director Clark died in 2007 along with son, their car hit by a drunk driver – a horrible and senseless tragedy.

Kudos to Bob Clark, whose great body of work lives on!