Sad new out of Hollywood: Sid Caesar has died….here is the report from Deadline.com:

“TV pioneer Sid Caesar has died at the age of 91 in Los Angeles. The Yonkers New York-born comedian made his first appearance on TV in 1949 on Milton Berle’s Texaco Star Theater. On February 25, 1950, Caesar was one of the ensemble cast on the premiere of Your Show Of Shows. With Caesar, Imogene Coca and Carl Reiner in front of the camera and Mel Brooks, Neil Simon, Larry Gelbart, Mel Tolkin and Danny Simon among the writers, the 90-minute weekly NBC show soon became one of the biggest hits of TV’s early day and went on to become a classic.

Your Show Of Shows ran until June 1954. The one-hour satirical Caesar’s Hour debuted on September 1954 and ran until 1957. That was followed by 1958’s The Sid Caesar Show, which had one Woody Allen as a writer, and a series of appearances and special well into the 1960s and beyond.”

And, to understand just how great “Your Show Of Shows” was, check out this classic comedy that is an homage to that time… 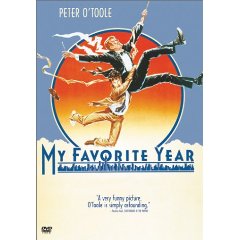 My Favorite Year – 1982. A hilarious love letter to the early days of live TV – and to Sid Caesar’s “Your Show Of Shows”, with an Oscar-nominated performance by Peter O’Toole that showcased his amazing flair for comedy.

Here is the IMDB synopsis: Benjy Stone is the junior writer on the top rated, live weekly variety/comedy show, in the mid 50s. Alan Swann, an Errol Flynn type actor with a drinking problem is to be that weeks guest star. When King Kaiser, the headliner wants to throw Swann off the show, Benjy makes a pitch to save his childhood hero, and is made Swann’s babysitter. 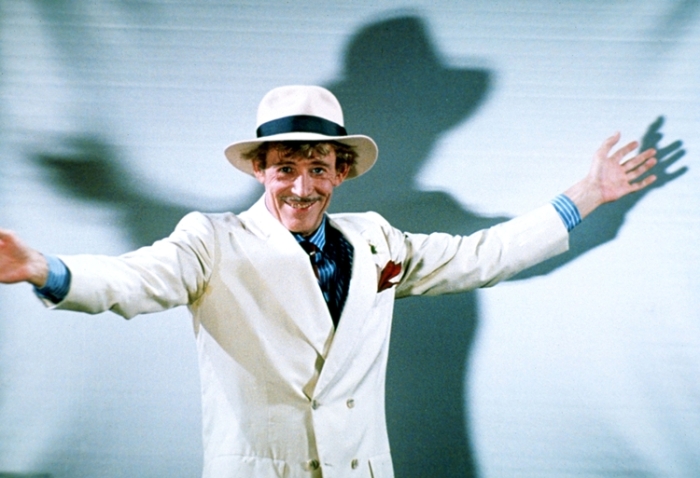 Actor Richard Benjamin directed this film, which is hilarious, poignant and fast-paced. There are so many great Actors in this movie, from Mark Linn-Baker to Jessica Harper, Bill Macy to Joseph Bologna – who plays a character EXTREMELY like Sid Caesar – and he is hilarious!

But this is O’Toole’s movie, and he owns every frame of it as the swashbuckling drunk…such as when he shows up to the first writer’s meeting:

[an obviously drunken Swann meets the writing staff]
Sy: He’s plastered!
Alan Swann: So are some of the finest erections in Europe.” 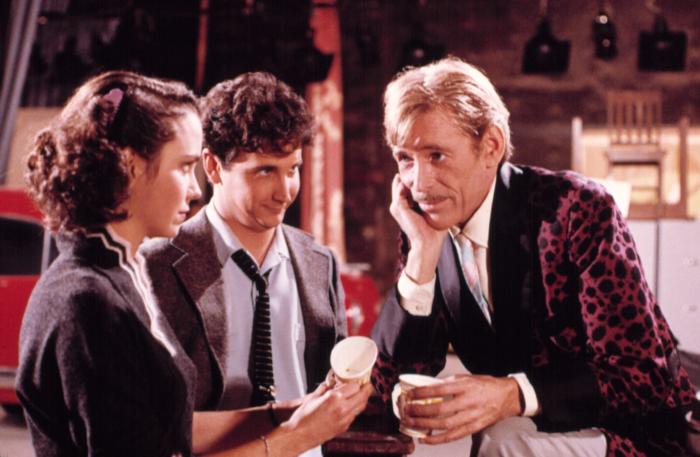 Then again, when he enters the women’s bathroom by mistake, and runs into Wardrobe Designer Lil:

Lil: This is for ladies only!
Alan Swann: [unzipping fly] So is *this*, ma’am, but every now and then I have to run a little water through it.

And finally, after he finds out the show is live, he panics and flees, and you find out he has been fleeing from everything in his life, including his daughter. He shares those fears with the young writer Benjy Stone… 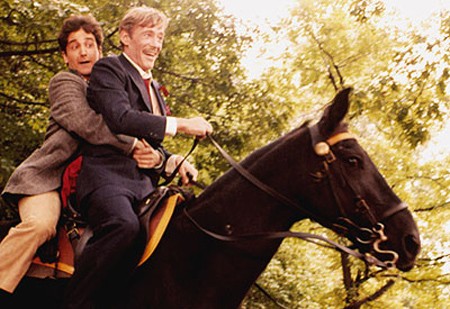 Alan Swann: I’m afraid, Stone. I’m afraid. That’s why I couldn’t get out of the car to see my Tess, my child.
Benjy Stone: Alan Swann, afraid? The Defender of the Crown? Captain from Tortuga? The Last Knight of the Round Table?
Alan Swann: Those are movies, damn you! Look at me! I’m flesh and blood, life-size, no larger! I’m not that silly God-damned hero! I never was!
Benjy Stone: To *me* you were! Whoever you were in those movies, those silly goddamn heroes meant a lot to *me*! What does it matter if it was an illusion? It worked! So don’t tell me this is you life-size. I can’t use you life-size. I need Alan Swanns as big as I can get them! And let me tell you something: you couldn’t have convinced me the way you did unless somewhere in you you *had* that courage! Nobody’s that good an actor! You *are* that silly goddamn hero!

If you have never seen this film you must stop reading right now and go get it. Or, do what we do and watch it every six months to remind you of why you love movies…

Like Loading...
‹ Paris Has A “Conveyor Belt” Bistro! Sacre Bleu! A Movable French Feast!
A Japanese “Hand” I-Phone! THE Craziest I-Phone Cover EVER – “Handy” Too! ›