Grab A Beer! Time For A Great New Film!

Or, as you can see, Olivia Wilde just sticks her finger in Jake Johnson’s brew. But no reason to worry, this movie has plenty more beer to share!

Here’s a great independent film that delivers everything you want in a movie – a terrific cast, a great story, real human insight…and BEER!

Here is the trailer for “Drinking Buddies!”

Here’s the plot of “Drinking Buddies”, as written up by IMDB: “Luke and Kate are co-workers at a Chicago brewery, where they spend their days drinking and flirting. They’re perfect for each other, except that they’re both in relationships.

But you know what makes the line between “friends” and “more than friends” really blurry? Beer.” 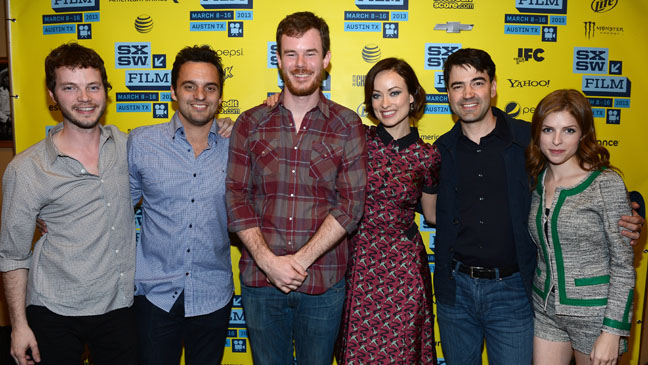 Look At This Amazing Cast!

Olivia Wilde, Anna Kendrick, Ron Livingston and Jake Johnston star in “Drinking Buddies”, and all of them are terrific! This film is a character-driving piece, and the ensemble does a great job. Oh, there is one more cast member as well….

That’s right, the character Gene Dentler is credited in the film as being played by ….himself!

That’s the credit for Jason Sudeikis, who is, in real life, Olivia Wilde’s fiance. Sudeikis has a small supporting role, but he tosses off a number of hilarious lines. Also in the film is acclaimed horror film director Ti West in a small role as well…

“Drinking Buddies” is directed by acclaimed independent Director Joe Swanberg, who also makes a small cameo in the film. If you don’t know his work, go to his website to read all about the films he has made…

“Drinking Buddies” fits right in with Swanberg’s previous films: intimate human drama, with the cast given the room to explore their characters – no fast cutting and fake motivation, and as a result, the acting really shines!

Here is some “Drinking Buddies” trivia according to IMDB.com:

The film was entirely improvised. There was no script, and the only things the actors and the crew had was a vague outline of the order of events that the director wanted to happen.

Anna Kendrick is actually drunk in the drinking game scene that takes place in the cabin. Because the movie was improvised, this gave the actors more control over the scenes. This particular scene was the last thing that needed to be filmed that day, so Kendrick and Jake Johnson decided to use real alcohol instead of the prop alcohol provided. Because the movie is entirely improvised, this gave the actors more control of the scenes, Johnson’s character is in charge of the game, so Johnson decided to make Kendrick drink more.

The entire cast is terrific, but a special mention has to go to both Olivia Wilde and Jake Johnson, who are outstanding…if this independent film gets the attention it deserves, both are award-worthy.

Find out more about this great independent film by checking out the website HERE:

“Drinking Buddies” is in theaters on August 23rd, but it’s also on demand now! 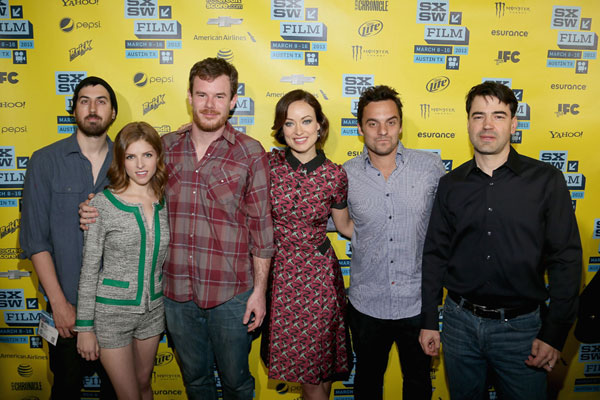