There has been so much press about the shocking new movie starring former Disney Channel stars Selena Gomez and Vanessa Hudgens….and you know why? Because it’s shaping up as a pop culture phenomenon!

If you know Hollywood, you know the town listens to what Nikki Finke has to say. As the founder of the website “Deadline Hollywood Daily”, Finke’s opinion has weight. 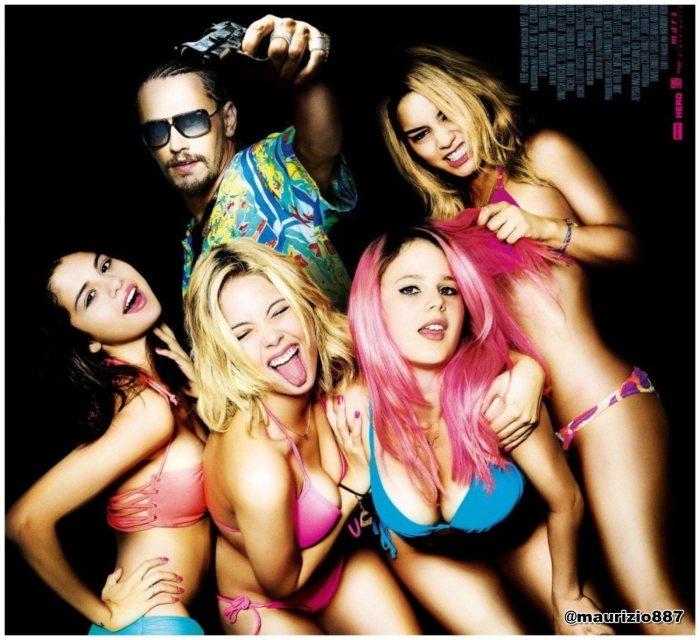 So when “Spring Breakers” opened in theaters to a surprisingly good box office, it caught the eye of many industry observers. Clearly, there is something bigger going on here.

Here’s what Nikki Finke said about the box office success of “Spring Breakers”:

I received a note after I posted this telling me that Finke hasn’t seen the film. Don’t know for sure, but it has caught fire on TV – with commentators weighing in on the young stars involved in the film. My point about Finke is that she chose to denigrate the film by calling it “seamy sexploitation” – when in fact that is a film genre that should be celebrated! 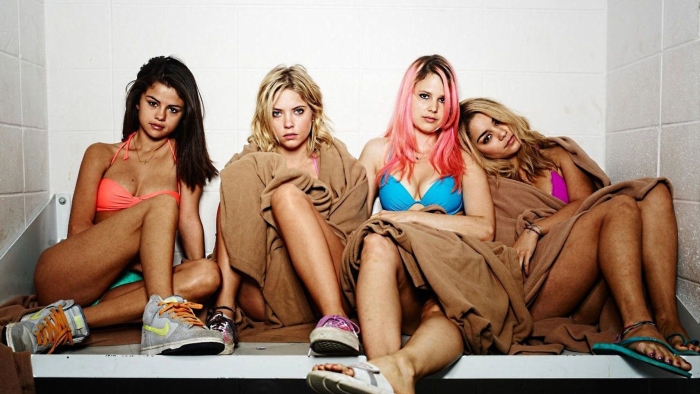 If you haven’t seen it yet, “Spring Breakers” is worth watching for a number of reasons – and now you can watch it as a double bill with the “Citizen Kane” of Sexploitaiton!

“Spring Breakers” is directed by Harmony Korine, who exploded onto the movie scene with his screenplay for the provocative film “Kids”, directed by Larry Clark. This was another “wake up” call for parents concerned about the activities of their kids. 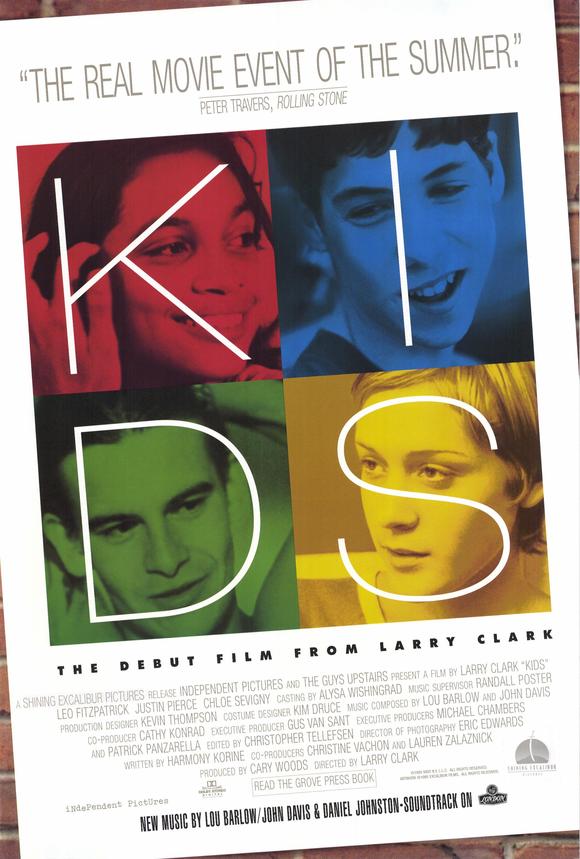 Korine has directed several cult films before, but none were major hits. Now comes “Spring Breakers” – and it is his film about this wild world of young “spring breakers” that is proving to be a cultural phenomenon –

Much is being made of the fact that the film is a look at how “wild” spring break is – something that isn’t news, but the controversy comes mostly from the provocative shots of the young, former Disney Channel stars!

“Spring Breakers” has really touched a nerve, with its portrayal of young girls out of control on spring break. Of course, it’s much more than a comedy or a social satire – it’s also a thriller, especially when Jame Franco enters the picture:

To say more would do the movie a disservice, but it is a cautionary tale, a celebration of youth, and a call to parent everywhere to lock up their daughters!

David Poland has a great review of the film here, with some interesting context:

“Spring Breakers” is sure to polarize people for some time to come! It also brings a long-forgotten movie category back to life in a BIG WAY!

I have written about this category of film before…here’s a quick refresher:

“Spring Breakers” is just the latest example of a movie that celebrate freedom and empowerment among youth…a trend that really broke big in the late 60’s! It was an era when rules were being broken, taboos shattered, and skin was in! Movies like this were everywhere!

Here is the Wikipedia definition of Sexploitation:

“a class of independently produced, low-budget feature films generally associated with the 1960 and serving largely as a vehicle for the exhibition of non-explicit sexual situations and gratuitous nudity.”

These films shared a common theme – either the “good girl” got mixed up in the harsh world of inner city life – and paid the price, or the young woman became empowered, free – sexually and otherwise, and celebrated that freedom… 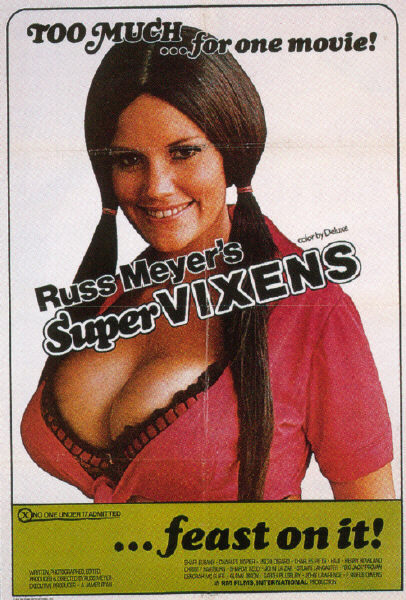 Sexploitation films were the movies that led the charge in challenging the puritanical rules set by the movie code. These films pushed the envelope, and ultimately opened the floodgates to an era when anything and everything was put on film. 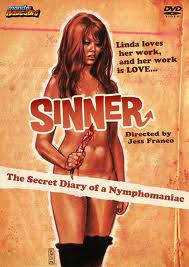 HERE’S What Sexploitation Really Is!

If you want to see where “Spring Breakers” came from, look no further than this masterpiece from Sexploitation Director Russ Meyers, who created the single most iconic sexploitation film EVER – and also featured the screen’s first sexually empowered woman!

Remember, when you look at the images from “Spring Breakers”, you see young women ready to unleash their inner “tiger”!

Now, check out these ladies from “Faster Pussycat! Kill! Kill!” This is a movie that celebrates wild women who are independent, stronger than any man, and ready to kick some ass!

This was a movie that introduced the classic sexploitation promise: action, women and sex sex sex! The plot line was simple: Three strippers seeking thrills encounter a young couple in the desert. After dispatching the boyfriend, they take the girl hostage and begin scheming on a crippled old man living with his two sons in the desert, reputedly hiding a tidy sum of cash.

It wasn’t just the title that was iconic – Meyer also introduced the world to one of the coolest, most iconic sexploitation stars of all time – wilder than any man! 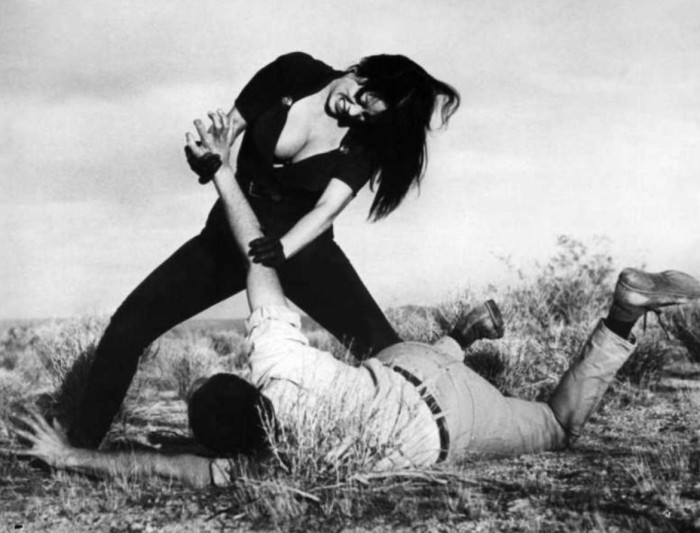 “Faster, Pussycat! Kill! Kill! introduced the world to Tura Satana, who become one of the biggest cult stars ever.

Satana’s most noted screen role was in “Faster Pussycat! Kill! Kill!” as Varla –a very aggressive and sexual female character – and a role in which she did all of her own stunts and fight scenes. 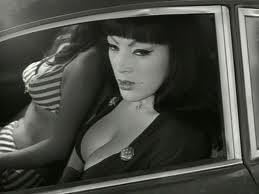 Renowned film critic Richard Corliss called her performance “…the most honest, maybe the one honest portrayal in the Meyer canon and certainly the scariest.”

And look at this image: so timelessly COOL…

The Story Behind The Film’s Title!

You can actually buy “Faster, Pussycat! Kill! Kill! T-shirts – even lunch boxes! Russ Meyer named the movie like this because he claims that a movie has everything when it contains speed (faster), sex (pussycat) and violence (kill,kill). Who can argue with THAT?

To read more about Russ Meyer and his empowered women, go here!

Here is another film that evokes the energy, freedom and female empowerment of “Spring Breakers”…more classic sexploitation!

By the early 70’s the sexual revolution was well underway – it was a time of “free love” and “Dropping ACID – a psychodelic world of sex and sin – and of course, mayhem! 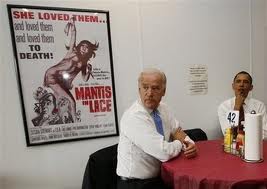 Look at this! President Obama and VP Biden stop by a sandwich shop that happens to be celebrating this film!!!! 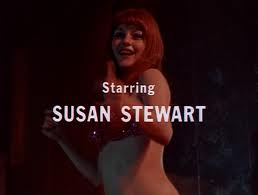 Lila (played by Susan Stewart) is a good-natured go-go dancer who strips at a seedy topless bar on the Sunset Strip. After ingesting LSD, Lila becomes a psychopathic serial killer. 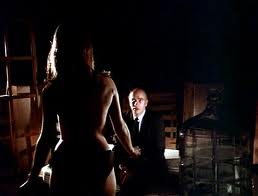 She continues to pick up men at the bar where she is employed, but after her sanity is lost she routinely is interrupted mid-coitus by psychedelic bad trips in which she visualizes a balding, half-naked old man clutching wads of cash in one hand and a bunch of bananas in the other.

Yes, you read that right!

These psychotic episodes cause her to murder her partners by stabbing them with a screwdriver and dismembering them with a rusty meat cleaver (or in one case, a garden hoe) while imagining that she is cutting up cantaloupes and watermelons.

This is a great look at the evils of “free” women…and a classic slice of early sexploitation! 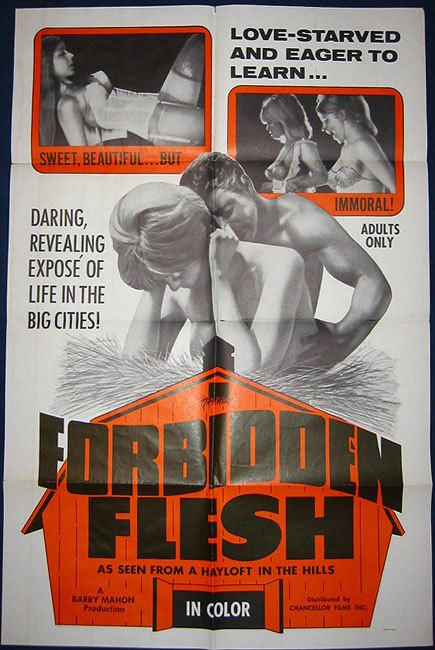 My Tweets
Yes, it’s me and my nemesis #eggplant #foodporn #food #foodie #recipes #52in22 #cookingchallenge