In honor of James Gandolfini, here is a list of the five best movies about movies – including the terrific performance by the Actor in “Get Shorty!”

Let’s all go to the movies! Leave your cares at the door and let the brilliant minds of Hollywood entertain you!

It’s the place where dreams come true…the greatest communal entertainment experience – one that cannot be replicated at home.

Here are five more movies that celebrate everything there is to love about movies! Including my personal favorite “movie about movies” of all…read on until you discover my choice!

In 1994, Director Tim Burton decided to celebrate the life of the worst movie Director of All-Time. Johnny Depp IS Ed Wood, the notoriously “cross-dressing filmmaker” whose legacy includes the honor of directing what is universally considered the “worst film of all time” as voted on by movie lovers and critics – the infamous “Plan 9 From Outer Space.”

Johnny Depp, Sarah Jessica Parker, Bill Murray and a collection of outcasts and wannabes star, telling the story of how Ed Wood sets out to make movies – classics such as “Glen and Glenda” and “Bride Of The Monster”, and of course, “Plan 9 From Outer Space.”

“Ed Wood” includes the story of how the Director met legendary horror film star Bela Lugosi, now a washed up heroin addict. The film shows how Lugosi starred in Wood’s film, in order to earn money for more drugs. Portrayed by Martin Landau, it is a performance full of heart, sadness, and especially anger – such as when someone accidently refers to Lugosi as arch rival Boris Karloff’s sidekick:

A terrific love letter to low-budget movie making, and proof that you don’t need anything but a vision to make art. Ed Wood was renowned for his ingenuity, such as when an Editor offers to lend Wood some stock movie footage. Wood makes up a plot for a movie on the spot as he watches the footage…

Edward D. Wood, Jr.: Why, if I had half a chance, I could make an entire movie using this stock footage. The story opens on these mysterious explosions. Nobody knows what’s causing them, but it’s upsetting all the buffalo. So, the military are called in to solve the mystery.
Editor on Studio Lot: You forgot the octopus.
Edward D. Wood, Jr.: No, no, I’m saving that for my big underwater climax.

Should we all have the chance to save the octopus for a big underwater climax….

Barton Fink. 1991. OK, we know that the Coen Brothers are brilliant. “Fargo”, “No Country For Old Men” and “The Big Lebowski” are just the tip of their creative iceberg…but this is my personal favorite: a twisted look into the mind of a Writer – in this film, The Coen brothers tried to bring to life the cinematic visualization of writer’s block. Yes, this is a movie about writer’s block. And it is brilliant.

Here’s the IMDB writeup of the plot. “In 1941, New York intellectual playwright Barton Fink comes to Hollywood to write a Wallace Beery wrestling picture. Staying in the eerie Hotel Earle, Barton develops severe writer’s block. His neighbor, jovial insurance salesman Charlie Meadows, tries to help, but Barton continues to struggle as a bizarre sequence of events distracts him even further from his task.”

John Turturro plays Barton Fink, an intellectual turned wrestling picture writer. Except he can’t do it. And that frustrates movie Producer Ben Geisler, played by Tony Shaloub, who offers him some cutting advice:

Geisler: Look, you confused? You need guidance? Talk to another writer.
Barton: Who?
Geisler: Jesus, throw a rock in here, you’ll hit one… And do me a favor, Fink (noticably evil pause) – throw it hard.

This is a brilliant movie…watch it twice: first, just let it unfold, don’t try to figure out who John Goodman even is, just watch it. Then watch again, but this time imagine that John Goodman is portraying Fink’s writers block come to life. “Inception” indeed!

Tropic Thunder. 2008. Through a series of freak occurrences, a group of actors shooting a big-budget war movie are forced to become the soldiers they are portraying. Director / Actor Ben Stiller stuck a white hot poker into the eyes of action movies with this hilarious and action-packed comedy. 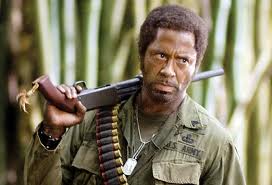 Robert Downey Jr. plays Kirk Lazarus, a method Actor who get so into character that he dyes his skin in order to play a black action hero. His pomposity is evident in everything he says and does, such as when he explains how we can act in a movie without reading the script:

Kirk Lazarus: “I don’t read the script. The script reads me.”

Ben Stiller both directs the film and stars as fading action star Tugg Speedman – who just wants respect from the acting community, and is fearful of being over-the-hill, as he shares in an emotional interview with Tyra Banks:

Tyra Banks: “You have no real family, you’re on the wrong side of 40, you’re childless and alone. Somebody close to you said: “One more flop, and it’s over.”
Tugg Speedman: [pause] “Somebody said they were close to me?” 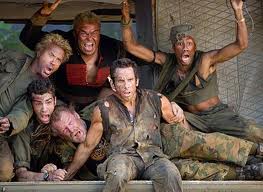 And of course, everything about Hollywood is open to parody, such as when Lazarus explains why Tugg’s portrayal of mentally handicapped “Smiling Jack” won’t win him an Oscar: 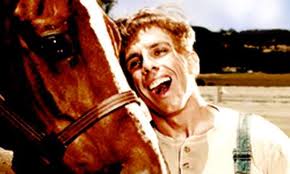 Hilarious, over-the-top and spot-on – and of course Tom Cruise is hysterical as crazy studio head Les Grossman, who loves to scream obscenities and dance, dance, dance! One of his many hilarious lines to an Agent: “Now I want you to take a step back… and literally fuck your own face!” 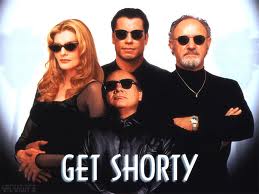 One of James Gandolfini’s great supporting performances, he plays a wannabe movie stunt man who works as “muscle” for asmall time hustler… 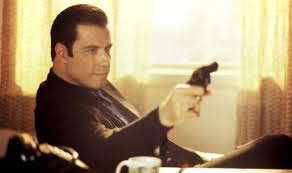 Instead, he falls in love with the idea of making movies. Great character actor Delroy Lindo also stars as Bo Catlett, a low-life drug dealer who also wants to make movies. Here is his conversation with Chili – as Bo decides to shoot him after they exchange money for Rene Russo’s freedom:

Bo Catlett (holding a gun on Chili): You broke into my house, and I have a witness to it.
Chili Palmer: What?
Bo Catlett: Only this time it ain’t no John Wayne and Dean Martin shooting bad guys in “El Dorado.”
Chili Palmer: That was “Rio Bravo.” Robert Mitchum played the drunk in “El Dorado.” Dean Martin played the drunk in “Rio Bravo.” Basically, it was the same part. Now John Wayne, he did the same in both. He played John Wayne.
Bo Catlett: Man, I can’t wait for you to be dead. 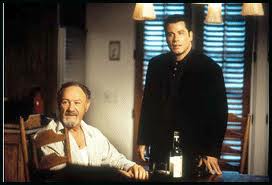 Delroy also got to offer up this insult to Gene Hackman, who plays B-movie king Harry Zimm.

Bo Catlett: “You think we watch any of your movies, Harry? I’ve seen better film on teeth.”

A really sharp comedy with action, great one-liners, and a lot of fun – at the expense of the fake world of Hollywood. 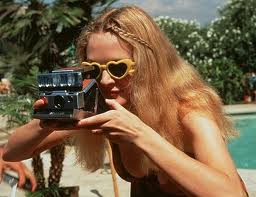 Amber Waves: Let me just check on something.
[takes off Dirk’s pants]
Amber Waves: That is a giant cock. 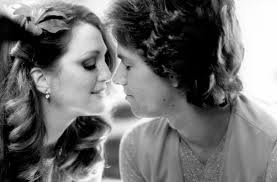 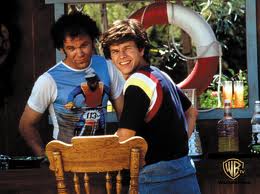 After singing some of the worst songs ever put on film, they return to the studio to find out that the record producer won’t release the master tapes…

Dirk: Look, man, all we need is the tapes, all right?
Record Producer: No, you don’t get the tapes until you’ve paid.
Dirk: In our situation, that doesn’t make any fucking sense.
Reed Rothchild: Look, we can not pay for the tapes, unless we take the tapes to the record company, and get paid.
Dirk: Hello? Exactly.
Record Producer: That’s not an MP, that’s a YP, your problem. Come up with the money, or forget it.
Reed Rothchild: Okay, now you’re talking above my head. I don’t know all of this industry jargon, YP, MP. All I know is that I can’t get a record contract, we cannot get a record contract unless we take those tapes to the record company. And granted, the tapes themselves are a uh um oh, you own them, all right, but the magic that is on those tapes. That fucking heart and soul that we put onto those tapes, that is ours and you don’t own that. Now I need to take that magic and get it over the record company. And they’re waiting for us, we were supposed to be there a half hour ago. We look like assholes, man.
Dirk: Let me explain to him in simple arithmetic. One, two three! Because you don’t fuckin’ get it, Burt! You give us the tapes. We get the record contract. We come back and give you your fuckin’ money. Have you heard the tapes? Have you even heard them? We’re guaranteed a record deal. Our stuff is that good!
Record Producer: Now I get it. Now I understand. You want it to happen… but it’s not going to happen. Because it’s a Catch-22.
Dirk: What the fuck does that mean? What is a Catch-22, Burt?
Record Producer: Catch-22, gentleman. Think about it.
[pause]
Dirk: You know what I’m thinking about, man? I’m thinking about kicking some fuckin’ ass! 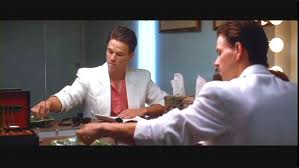 There is so much that is great about this movie – I assume you have all seen it and just enjoy reading some of this amazing dialogue…I can watch this movie any day of the week…a masterpiece. 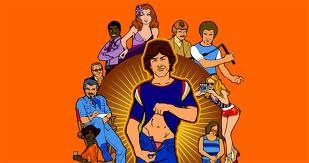 There you have it! Let me know what you think!