Home › 70's Cinema › Bravo To Joe And Kamala! Celebrate The 2020 Election With These Terrific “Presidential” Movies!

Bravo To Joe And Kamala! Celebrate The 2020 Election With These Terrific “Presidential” Movies!

Who Wants To Live Here?

After the raucous election this week, I can’t imagine why ANYONE would take on a race for The White House! 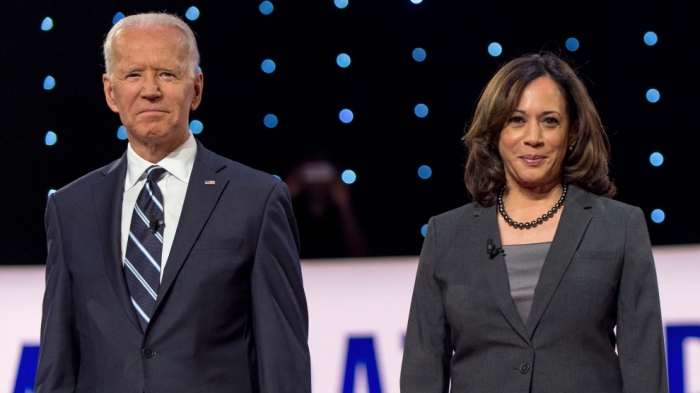 Now, it’s time to bring a divided nation together, because we are the UNITED States Of America. It won’t be easy, because we have many differences, but we can do it and we will.

To celebrate this historic victory, I have some terrific films all about the Presidency – comedies, dramas, and movies torn from the day’s headlines!

Let’s begin with one of the best, most insightful films about the Presidency:

Look at the pedigree for this great 1995 romantic comedy! Directed by Rob Reiner from a “sharp as nails” script by Aaron Sorkin – and it stars Michael Douglas, Annette Bening, Michael J. Fox and Martin Sheen!

Michael Douglas is President Andrew Shepherd, who is approaching the end of his first term as President of the United States. He’s a widower with a young daughter and has proved to be popular with the public. His election seems assured. 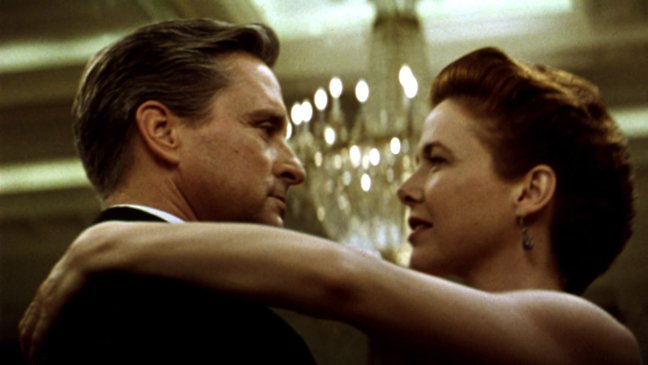 Then he meets Sydney Ellen Wade, a paid political activist working for an environmental lobby group. He’s immediately smitten with her – and the election is turned upside down.

Here is the first meeting of the President and Sydney:

[Sydney is unaware the President is listening]

Sydney Ellen Wade to his Advisors: “Your boss is the chief executive of fantasy land!”

President Shepherd shooing up unexpectedly: “Well, let’s take him out back and beat the shit out of him!”

Aaron Sorkin’s script is witty and smart – and just like Sorkin’s TV show “The West Wing”, it’s full of great political insight…such as when close advisor AJ decides its time to clear the air with his boss: 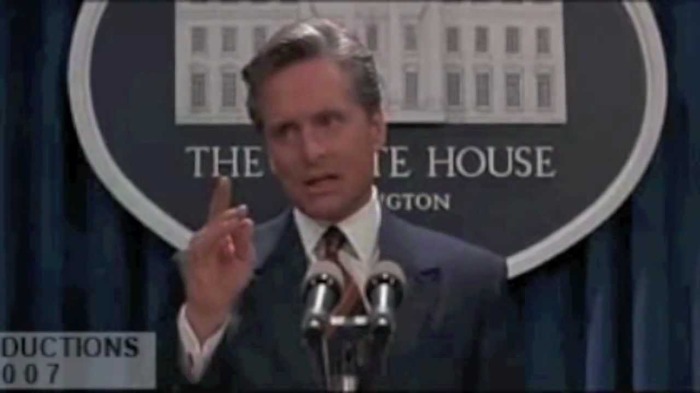 Here is Douglas’s dramatic speech near the end of the film:

I’ve loved two women in my life. I lost one to cancer, and I lost the other ’cause I was so busy keeping my job I forgot to do my job. Well, that ends right now. Tomorrow morning, the White House is sending a bill to Congress for its consideration. It’s White House Resolution 455, an energy bill requiring a 20 percent reduction of the emission of fossil fuels over the next ten years. It is by far the most aggressive stride ever taken in the fight to reverse the effects of global warming. The other piece of legislation is the crime bill. As of today, it no longer exists. I’m throwing it out. I’m throwing it out writing a law that makes sense. You cannot address crime prevention without getting rid of assault weapons and handguns. I consider them a threat to national security, and I will go door to door if I have to, but I’m gonna convince Americans that I’m right, and I’m gonna get the guns. We’ve got serious problems, and we need serious people, and if you want to talk about character, Bob, you’d better come at me with more than a burning flag and a membership card. If you want to talk about character and American values, fine. Just tell me where and when, and I’ll show up. This is a time for serious people, Bob, and your fifteen minutes are up. My name is Andrew Shepherd, and I *am* the President.

Director Rob Reiner finds the perfect mix of romantic comedy, political intrigue and character study….here’s another film that takes a revealing look at the American Presidency, and what a “candidate” will do to win:

This is a GREAT political drama starring Robert Redford. This astute and timely political film was ONLY made because Redford leveraged his popularity to make it a reality…

Redford plays Californian lawyer Bill McKay, who fights for the little man. His charisma and integrity get him noticed by the Democratic Party machine and he is persuaded to run for the Senate against an apparently unassailable incumbent. It’s agreed he can handle it his own way, on his own terms. But once he’s in the race and his prospects begin to improve, the deal starts to change.

Lucas: You’re the Democratic nominee!
Bill McKay: You make it sound like a death sentence. 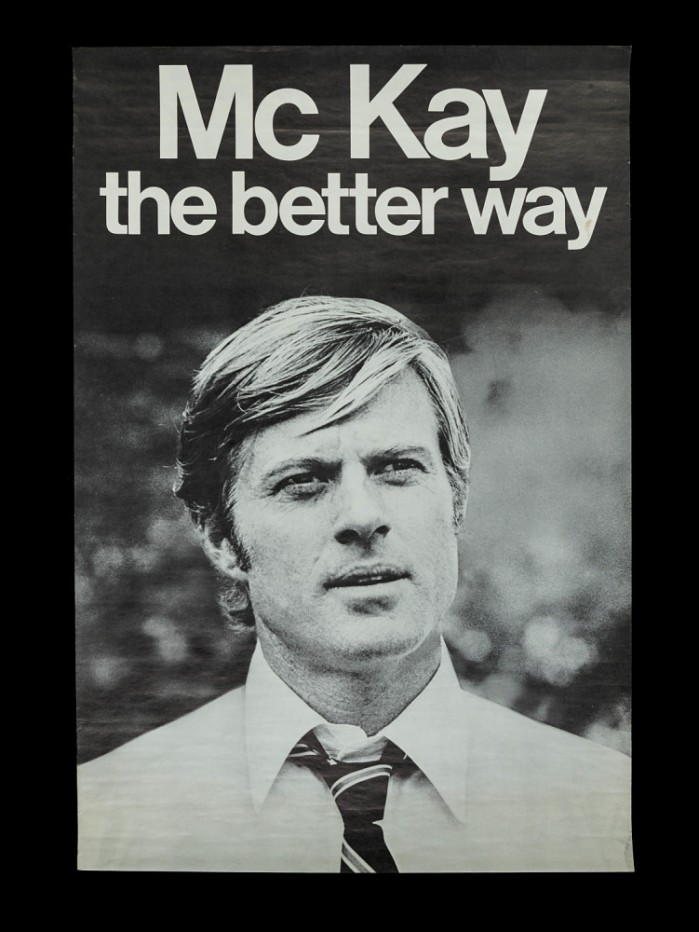 “The Candidate” was released a month prior to the 1972 California Presidential primary. Promotional sheets were put up in southern California resembling political posters. They had simply a photo of Robert Redford, with the slogan, “McKay: The Better Way!” – “McKay” got write-in votes in the June election!

The film won Best Screenplay as it dissected the way in which we run our presidential elections.

Bill McKay: [with his team after giving one speech too many] Can’t any longer play off black against old – young against poor. This country cannot house its houseless – feed its foodless.
[and he begins making gaga noises]

According to wikipedia, Robert Redford and Director Michael Ritchie had recently worked together on “Downhill Racer”, when they approached Jeremy Larner together wanting to make a movie about “a candidate who sold his soul.” According to Larner: “Warners would not have financed the film were not Redford willing to take responsibility for it, and though he did not want the credit, he was a most conscientious producer from beginning to end, and the movie certainly reflects his personality.”

And after he wins, a classic last line:

All The President’s Men

In the run-up to the 1972 elections, Washington Post reporter Bob Woodward covers what seems to be a minor break-in at the Democratic Party National headquarters at the Watergate apartment complex. He is surprised to find top lawyers already on the defense case, and the discovery of names and addresses of Republican fund organizers on the accused further arouses his suspicions. The editor of the Post is prepared to run with the story and assigns Woodward and Carl Bernstein to it. They find the trail leading higher and higher in the Republican Party, and eventually into the White House itself.

It’s hard to imagine it was only 40 years ago that President Nixon resigned in disgrace, and this book was the reason…the movie captures how the Watergate break-in was uncovered by two young, industrious reporters for one of the world’s greatest newspapers..but there were many roadblocks.

This is a perfect film, an intelligent thriller about politics, coverups, and the incredible pressure this entire group of people were all under as they uncovered more and more layers of guilt, leading to the President himself… 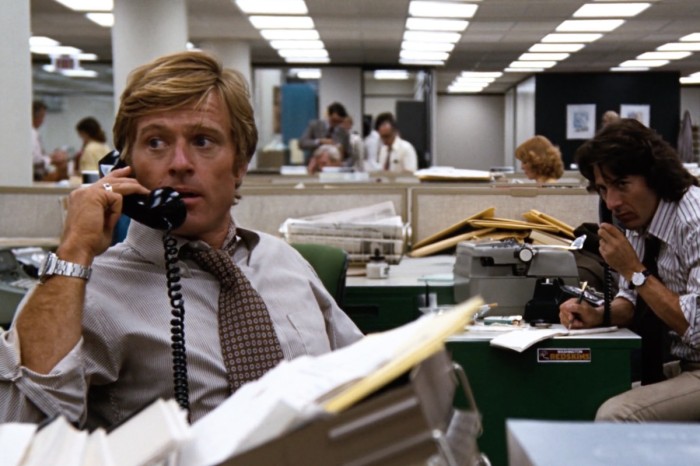 Again, credit goes to Robert Redford for using his star power to get this film made…Warner Brothers agreed to finance the film only on condition that Robert Redford – then the number one box office star in the world – starred as Bob Woodward.

One scene involving Robert Redford on the phone is done in a continuous six-minute single take with the camera tracking in slowly. Towards the end Redford makes a mistake – he calls the phone caller by the wrong name – but as he stays in character it simply appears genuine and this was the take used in the final cut!

Next up, a devastating portrait of Bill Clinton’s personal demons as he runs for the Presidency in 1992, based on a book written by someone who saw it all up close:

The “anonymous” Author of this scandalous novel had an insider’s look at Bill Clinton’s run for the Presidency in 1992 – check out the trailer for “Primary Colors”:

John Travolta is incredible as the “Clinton” candidate who has a problem with the ladies…and Emma Thompson is spot on as the “Hilary” wife who puts up with it because she has her eye on the bigger prize: The White House.

This is a terrific film – click here for more trivia about the film:

There are many other great Presidential films as well – remember “Dave?” 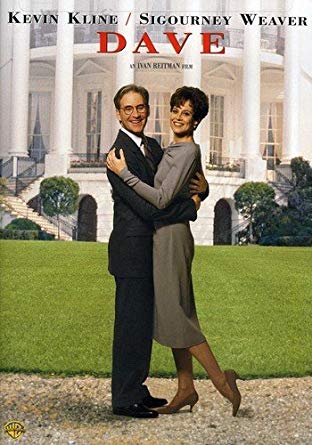 This 1993 political comedy is worth a look as well – check out the trailer:

This is a really funny but also illuminating look at the pursuit of power – no matter the cost.

And if you want to talk about a film that captures the crazy story of the 2008 Presidential election:

Julianne Moore is incredible as Sarah Palin, the republican VP nominee who turned the 2008 election upside down…Woody Harrelson and Ed Harris are dynamite as well…you can click here to see the trailer and lots of inside information about the making of the film:

There you go, some great films about The White House, The Presidency, and what it takes to live here!

If you enjoy these posts, why not subscribe and never miss out? It’s easy, and there are NO ads of any kind, just stuff I like…click on the main page and “follow” me on the upper right!

My Tweets
Dinner tonight #athens #athensgreece @dudalicioustoo @theacropolismuseum #theparthenonathens @orizontes_lycabettus phenomenal food and what a view from the top of Athens!