Behold The “Quan” Of Jeff Goldblum!

Entertainment junkies know “the zen of Bill Murray” – or the “Dudeism” of Jeff Bridges…but Hollywood’s latest spiritual Guru of “everything hip” is, without a doubt, Jeff Goldblum!

For FIVE decades now, Goldblum has created a persona that transcended his roles. As the definition of “Quan” states:

A loosely defined quality combining or uniting athletic skill with love and respect, as well as money. This word is used in the movie Jerry Maguire by Tom Cruise and Cuba Gooding Jr. “Jerry, you are the ambassador of quan.” And “Some players have coin, but I have the quan.”

OK, NOT really what I was after, but “Quan” just sounds right!

I could have said “Id” or “Tao”, but for me, “Quan” just sums up the overall “Jeff Goldblum Thing!”

So, just what makes him so special? How did this aura become a thing? Let’s start with this: there is an annual “Jeff Goldblum Day!”

As KDKA reported, Fans attending “Jeff Goldblum Day” in Garfield got a real treat when Jeff Goldblum himself showed up to celebrate! 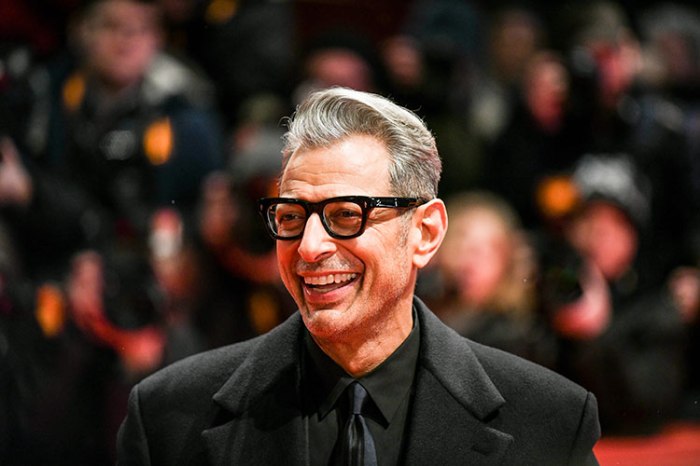 How many Artists have their own day? The 2nd annual event took place in July. “Jeff Goldblum Day” was started by Matt McKelvey, a tattoo artist at Artisan Tatoo, along with the former shop manager, Shauna Burd.

And it was last year that this statue appeared in London by the famous Tower Bridge:

Yes, a 25-foot tall Jeff Goldblum Statue was unveiled in London – a fun stunt to promote the anniversary of “Jurassic Park”, and this Jeff came with his own stylist!

“This monstrously large Jeff Goldblum is how I like to imagine the man himself in his true form,” Helen McClory, author of the Goldblum-themed flash fiction collection “The Goldblum Variations,” told CNN Travel. “Or how he would have appeared in the age of megafauna.”

Wait, you don’t know McClory? Well, here is why you should:

Yes, she is the Author of this collection of stories with one thing in common: they are include Jeff Goldblum! Here is how they describe it:

Enjoy The Goldblum Variations, a collection of flash fictions, stories and games on the one and only Jeff Goldblum as he, and alternate versions of himself, travels through the known (and unknown) universe in a mighty celebration of weird and wonderful Goldbluminess. Maybe he’s cooking, maybe he’s wearing a nice jumper, maybe he’s reading this very pamphlet. The possibilities are endless. Treat yourself, because all that glitters is Goldblum. 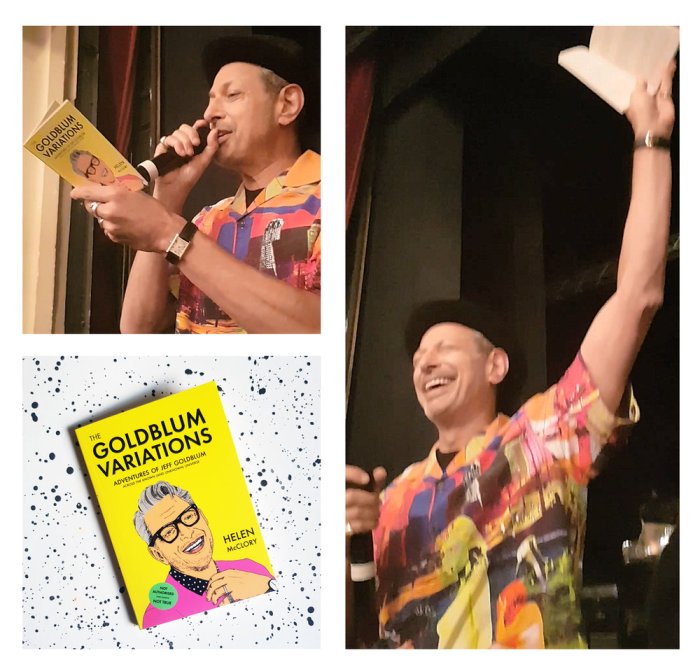 And of course, Goldblum is cool enough to read from the book! 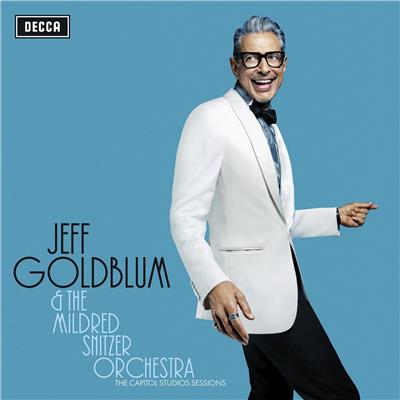 Jeff Goldblum also heads up a swing band, The Mildred Snitzer Orchestra. They released an album and also tour as well.

I saw Goldblum and the band perform and they were terrific!

Here he is entertaining the crowd at Napa Valley’s Bottle Rock festival in May:

My wife shared this on Instagram…his on-stage demeanor was engaging and seemingly effortless – he just EXUDES “Goldblum Quan”!

You can see more pictures and videos of Goldblum and his band by clicking on my story here:

And now, he’s bringing his unending “Quan” to TV!

“The Curiosity Of Jeff Goldblum!”

Recently, visitors of the Stanislaus County Fair in California had an unexpected Guest: Goldblum showed up!

Goldblum was at the fair shooting for his upcoming National Geographic show “The Curiosity of Jeff Goldblum.”

It just gets better and better! I applaud this versatile Actor/Musician for his un-ending curiosity, and for bringing the “Quan” to all he does!

Here is more about the Jeff Goldblum blogathon – you can find lots of reviews of his many great films:

Like Loading...
‹ “Mistakes Were Made!” Cult Actress Fiona Lewis Drives Wednesday’s Bookmobile From The Swinging 60’s To A Chateau In France!
Jeff Goldblum Blog-A-Thon! His Best Moments From “The Big Chill”! ›